One of the age-old adages of rugby is the most crucial times to score are either side of halftime.

Waitaki Boys' High School did just that in that in its 37-18 win over St Kevin's College at Whitestone Contracting Stadium in Oamaru, regaining the Leo O'Malley Trophy in the 85th interschool between the Oamaru academies.

When 13-10 up in the last moments of an even first half, Waitaki Boys' won a penalty deep in St Kevin's territory and opted for a scrum.

The decision was rewarded when winger Kadin Turner scrambled over in the corner to score a try which was converted by first five Mason James.

When Waitaki Boys' fullback Norman Dennison scored his second early in the second half, his team was up 25-10 and St Kevin's was forced to chase the game. 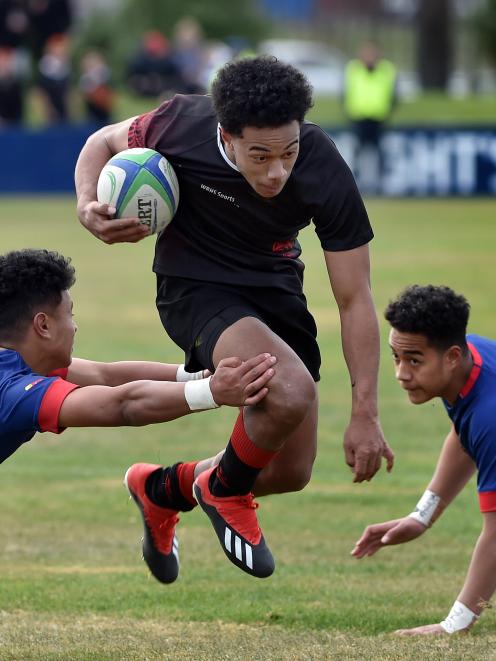 St Kevin's had large amounts of possession and territory in the second spell, but the Waitaki Boys' defence was clinical and committed.

It was impossible to pick a standout player from the Waitaki Boys' forward pack, which gave away a few kilos in size, but not heart.

For St Kevin's, big Tupou Fifita was immense, as was his cousin Paea Fifita and fellow prop Leonard Varu.

Winger Bailey Howell looked dangerous in a backline that was well contained.

The First XV clash was the last game in a week of interschools between St Kevin's and Waitaki Boys' and Waitaki Girls' High Schools.

St Kevin's came out on top overall, winning junior and senior basketball and football, boys and girls hockey and trapshooting.