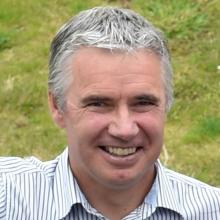 Richard Kinley
All is well that does not end well.

Otago might have lost another NPC final at the weekend, but the province has delivered its most Super Rugby-contracted players since 2007.

Taranaki beat Otago 32-19 in the Championship final in Inglewood on Saturday afternoon.

The Bulls were arguably the best team in the NPC this year and produced a classy performance.

Otago was below par but, overall, the Covid-interrupted campaign was pretty decent.

That effort has been recognised at the next level with 16 Otago players contracted to Super Rugby teams for next season.

The Highlanders have grabbed the lion’s share. They have 13 Otago players in their ranks, while Josh Ioane (Chiefs), Ray Nu’u (Rebels) and Tau Koloamatangi (Moana Pasifika) have signed elsewhere.

Otago Rugby Football Union general manager Richard Kinley said he was thrilled Otago was so well represented at the next level of rugby.

"It is certainly the highest number of Super Rugby players we’ve had since I’ve been involved with the union," he said.

"It is especially pleasing for some of the young players who are getting the opportunity to take that next step in their rugby careers. I’m thrilled for them."

Kinley was happy with how the Otago season went despite the side stumbling at the last hurdle.

Covid-19 made an unwanted return two weeks into the season and alert level restrictions meant the three Auckland-based teams were unable to resume.

The competition was on pause for five weeks but Otago had to wait a further two weeks before getting back on the field.

"It certainly took us a little extra time to get back into our rhythm after having that extra two weeks off. But we showed what we can do once we got the opportunity to get our season back on track."

Not everyone in the Otago team got the Super Rugby gig they were hoping for, though.

Outside back Freedom Vahaakolo will feel aggrieved after he missed out on a spot in the Highlanders. He was called in as a replacement this year but overlooked for next season.

Experienced midfielder Matt Faddes, who returned this year from a two-year playing stint with Ulster, is also without a Super Rugby contract.

Otago hooker Ricky Jackson was contracted to the Highlanders this year but has lost his spot.

Keeping players like that in Otago could be a challenge.

Kinley said the union was working through the end-of-season reviews and the contracting process.

"We’ve starting looking at what we’re doing, retention-wise. But the other thing with Super Rugby is there ends up being a lot of players who are not initially named but end up being assembled as training and injury cover and may even end up getting time on the paddock.

"So I think you will see some more, not just Otago players but provincial players, get an opportunity."

Kinley said he was unaware of any players who wanted to leave.

Coach Tom Donnelly is contracted through until the end of next season and Kinley said he felt he was doing a "great job".