Tuungafasi to bring up ton for the Blues 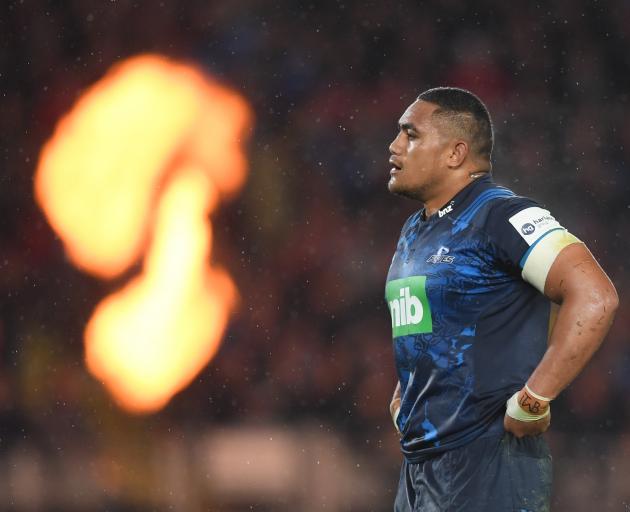 Ofa Tuungafasi. Photo: Getty Images
The Blues will look to get back to winning ways when they head down the road to take on the Chiefs in Hamilton tomorrow night.

The Blues lost convincingly to the Crusaders last Sunday but have come through the loss relatively unscathed.

The side has lost reserve hooker Kurt Eklund to a three week suspension for a dangerous throw but have brought halfback Finlay Christie and winger Mark Talea into the squad after they missed out last week.

It will also have the services of prop Ofa Tuungafasi, who got off a charge of striking with a shoulder following an incident in the Crusaders match. The match tomorrow night will be Tuungafasi’s 100th game for the Blues.

Blues coach Leon MacDonald was full of praise for the big All Black prop who will come off the bench.

“I commented after the game that it appeared to us that Ofa had done everything right in entering from the back of the breakdown, he lowered his body and never left his feet. His role is to clear out bodies trying to slow down the ball at the breakdown — and he did it very accurately and it is pleasing to see that they saw it that way,’’ MacDonald said.

“We are thrilled to see Ofa get to 100 games. He is a consummate professional, a quiet but very astute player, an immense and powerful prop and a quiet and outstanding human.’’

The Chiefs snapped an 11 game losing run last week against the Hurricanes.

But injury has again intervened in their side.

Big lock Tupou Vaa’i was concussed last week, while wingers Jonah Lowe and Etene Nanai-Seturo are both out.

Sean Wainui will play his 50th game for the Chiefs, while loose forward Pita Gus Sowakula comes back on to the bench after recovering from a knee injury.