Youngster's star among the brightest 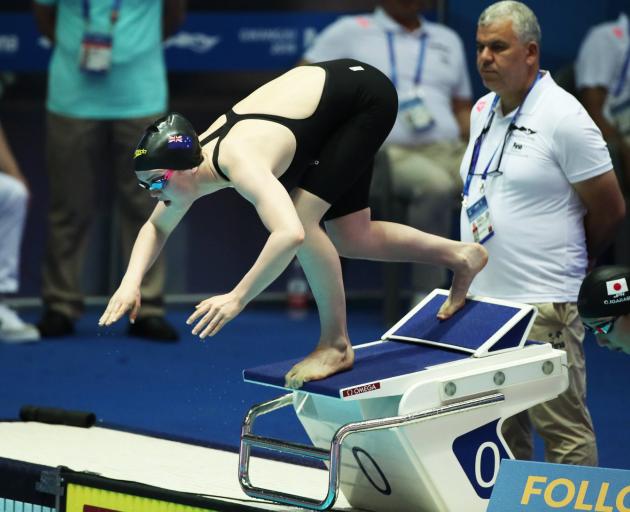 Dunedin swimmer Erika Fairweather prepares to take off from the starting blocks at the swimming world championships in Gwangju, Korea. PHOTO: IAN MCNICOL
Erika Fairweather is more than your typical teenage superstar.

Youngsters across seemingly every sport are dubbed the next big thing these days.

Many of them are talented.

The absolute stars will hold their own against the world's best of any age.

Fairweather is one of the very few - as in one or two come along in a decade - that fits into that latter category.

It is important not to lose those ones, among all the praise.

Last week, she finished 17th in the 400m freestyle - racing against her idol Kate Ledecky in the process - before claiming 19th in the 200m.

In the 4x200m relay she swam a national age-grade record of 1min 58.84sec to record the fastest leg in qualifying New Zealand a spot at next year's Olympics in the event.

Her rise has been quick.

It was just last year she had her first taste of international competition.

Indeed, it was only within the last five years she began swimming competitively.

Swimming is a sport in which competitors can be good young.

But even in that context, to achieve so highly at 15 is phenomenal.

On top of that it is a global sport. It attracts top athletes in many of the world's best sporting countries - the ones with the best facilities and that pour money into it.

If the United States takes something seriously the competition will be tough.

When China, Russia, Australia and Great Britain are also in the picture you know any success is genuinely impressive.

There are only a handful of sports you could say that about.

That is not to diminish anyone's achievements in any other sport - it just shows how well Fairweather is doing.

She is the fastest freestyle woman of her age New Zealand has ever had.

But she would still rate among the best anywhere.

Even in the US, only seven swimmers aged 15 or 16 have ever gone faster than her 4min 09.33sec 400m freestyle personal best.

That bodes well ahead of the junior world championships in Hungary, which she leaves for on Monday.

Through it all, remember that while she may not be your typical teenage sensation, she is still a teenager. She is a year 11 pupil at Kavanagh College.

She goes to class, does homework and will take her exams at the end of the year - plus everything else that comes with being 15.

She just happens to be exceptionally good at her sport. 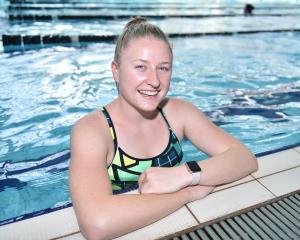