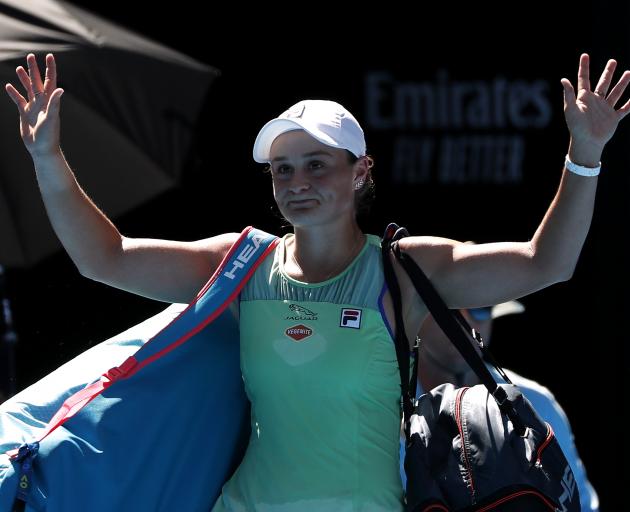 Australia’s Ashleigh Barty waves as she leaves the court after losing her match against Sofia Kenin of the US. Photo: Reuters

Sofia Kenin sent world number one Ash Barty spinning out of the Melbourne Park semi-finals 7-6(6) 7-5 on Thursday, crushing Australian hopes of a first home-grown champion at the Grand Slam in 42 years.

Barty came into the match with a 4-1 record against the American and had the 14th seed on the back foot for most of the opening set with a combination of big forehands and backhand slices.

The 21-year-old Kenin showed her frustration at times, throwing her racquet on court, but managed to hang in and saved three breakpoints to hold for 3-3 and eventually force a tiebreaker.

With temperatures soaring to 38 degrees, the American saved two set points and then converted her first to take the opening stanza and stun the crowd into silence. 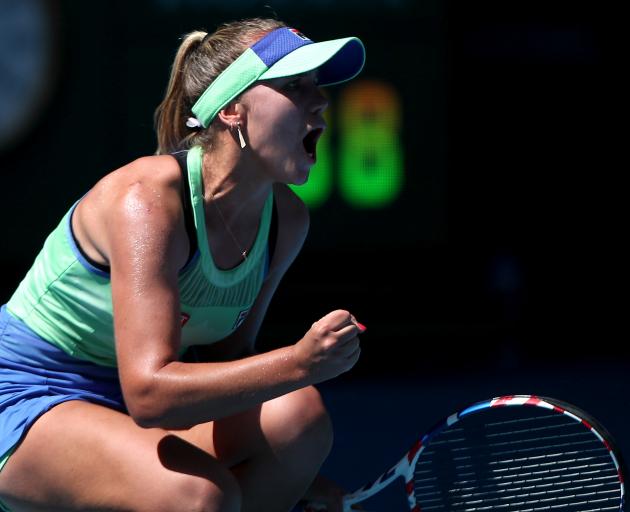 Sofia Kenin of the U.S. celebrates during her match against Australia's Ashleigh Barty. Photo: Reuters

But the fans soon found their voice again, belting out chants of, "Let's go Barty, let's go," as the home favourite broke Kenin early in the second set to go up 2-1.

Barty, who was bidding to become the first local woman to progress to an Australian Open final since Wendy Turnbull in 1980, was in the driving seat serving at 5-4 and with two setpoints but Kenin broke to bring the set back on serve.

The American then held before converting on her second match point on Barty's serve to book her place in the final against either Romanian Simona Halep or Garbine Muguruza of Spain, who meet in Thursday's second semi-final.

Kenin paid tribute to Barty after her win.

"She's such a tough player, she's playing really amazing and I knew I really needed to find a way to win," said the American.

"She came up with some really great shots, it was really tough ... There's a reason why she's world number one ... I'm just so thankful for this."