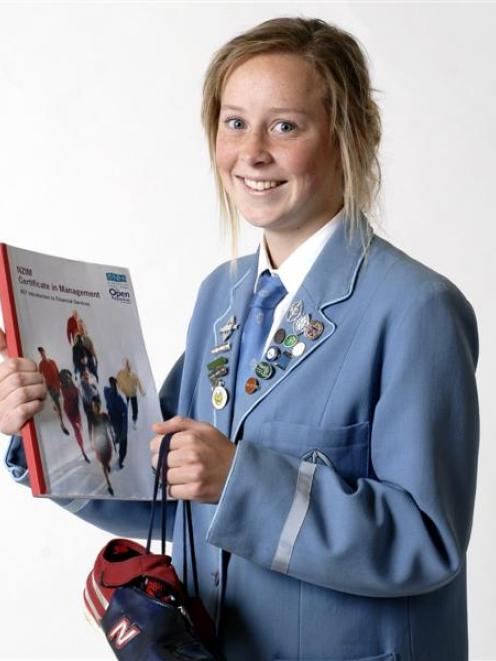 Celia Bell
At 17, Celia Bell has the jump on most people her age.

In the past two years, Celia has had a string of placings in all three events, representing her school and the Taieri Athletics Club.

Celia's early success in athletics gained her selection for the high performance athletics course at the Otago Open Polytechnic in 2008 and she is due to complete the course this year.

Away from track and field events, Celia is also a keen rugby player in the school's 1st XV and touch rugby teams.

She was also a member of this year's Otago secondary schools rugby team.

Even in the classroom, Celia is jumping ahead in leaps and bounds.

In 2008, she was first in class for graphics and won a school diligence award, and already this year she has completed a business management paper at the Otago Open Polytechnic.

She is now completing a paper in financial services at the polytechnic.

Next year, she plans to study commerce at the University of Otago or Canterbury in the hope of one day owning her own business.

What that business will be, she is not yet certain.

But one thing you can count on, her business is likely to be one step ahead of the competition.

Role model: Michael Hill. ‘‘He is a man with humble beginnings who has become one of New Zealand's greatest businessmen.''

Hopes for the future: To study commerce at the University of Otago or Canterbury.