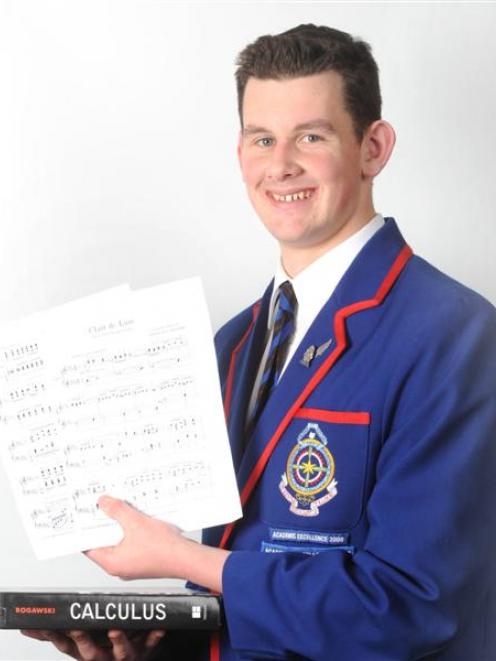 Patrick Kearney
Patrick Kearney has made the most of opportunities given to him during his school years, from playing rugby to studying at university level.

The 18-year-old St Kevins College deputy head boy is involved in so many activities, he found it difficult to pick a main one.

By taking different opportunities he rowed for the school at Maadi Cup, coming third in the under-18 B final, and tagged along with a friend to join the First XV rugby team.

His towering height came in handy and he was quickly appointed to the position of lock.

The oval ball enabled him to travel to Argentina for two weeks this year.

The team played four different schools and was also able to see the sights.

‘‘Travel like that would be pretty good in the future,'' he said.

Outside school Patrick plays the piano and takes speech lessons.

Last year he completed his grade eight exams in both interests and in 2007 he completed grade seven in clarinet.

He accompanies his house choir on piano in the annual Choral Festival and also plays in the orchestra.

His speech lessons paid off when he was a member of the 2008 senior Bishops Shield debating winning team.

By studying two university papers while in year 13, he is able to get a good ‘‘taste'' of what lies ahead in his study path.

They were both correspondence courses with tutorials and conferences, he said.

Role model: He admires people who achieve success despite setbacks.

Hopes for the future: Studying engineering at Canterbury University because ‘‘it seems like a good degree'', mixing science and mathematics.