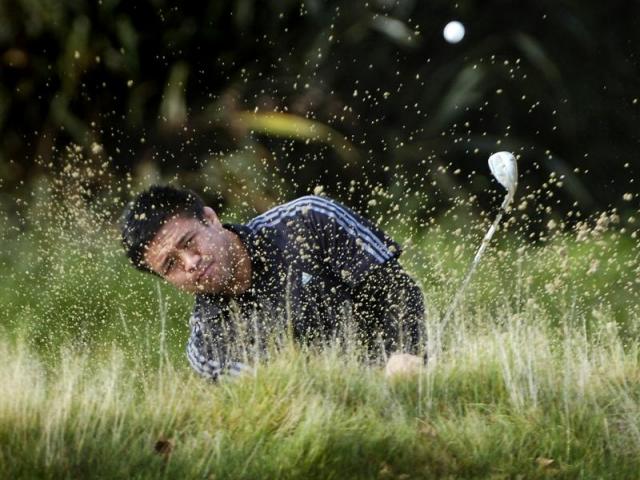 All Black hooker Keven Mealamu played a morning round of golf yesterday with fellow front-rower John Afoa on the team's only day off ahead of Saturday night's test against France at Carisbrook.

Jerome Kaino believes his gripping duel for the All Blacks No 6 jersey with Adam Thomson was the rugby jolt he needed.

Video from the All Blacks press conference in Dunedin today ahead of tomorrow's test against France at Carisbrook.

Dunedin reaped a $5.3 million benefit from the All Blacks-France test match in June, a new report says, a figure the Dunedin City Council claims has "a whole new meaning" with the Forsyth Barr Stadium under construction.

Memories of 1994 are still deeply ingrained in the All Blacks' psyche as they prepare for the French test at Carisbrook on Saturday.

Cory Jane has been promoted to the All Blacks' starting 15 for tomorrow's first test against France at Carisbrook after winger Rudi Wulf was ruled out with injury today.

The chance for revenge has been dismissed. Many of the stars will be sitting on the sofa or in the stand. It is one of the greenest sides to wear the All Black jersey.

9.30pm: So it's au revoir to the French. It's been a good series, certainly a welcome change from the normal June test that features the All Blacks spanking some hapless second-string...

The All Blacks won the second test but lost the silverware after prevailing 14-10 over France in a titanic rugby arm wrestle here tonight.
No more kisses and cuddles. Instead the wise counsel of an All Blacks rugby legend will be ringing in the ears of the New Zealand players ahead of tomorrow's second test against France here.

French players are surprised and disappointed at the behaviour of Dunedin rugby fans who pelted them with bottles following last Saturday's test defeat of the All Blacks.

Berets, petanque, La Marseillaise. What's next? Croissants for breakfast?As Dunedin geared up for the All Blacks-France test at Carisbrook tonight, pockets of the city sampled some French culture yesterday.

Brad Thorn is the hard man of New Zealand rugby. He is 34 and still has a lot of rugby life left.

The French always feel inferior to the All Blacks before a test, but they have the knack of beating them on the paddock, when they are tuned into the game.

Playing and beating the All Blacks was still the ultimate challenge for a French player, captain Thierry Dusautoir said yesterday.

With time ticking on Carisbrook's century of service to New Zealand rugby, the venerable Dunedin ground is on track to end with a full CV of test opponents.

The locking pair of Brad Thorn, left and Isaac Ross The last time the All Blacks played in Dunedin their locking stocks were depleted and they paid a heavy price -- something Brad Thorn is determined won't happen in the first rugby test against France tomorrow.

All Black midfield back Ma'a Nonu says he is taking on more responsibility in his role but never feels like he is an automatic selection in the team.