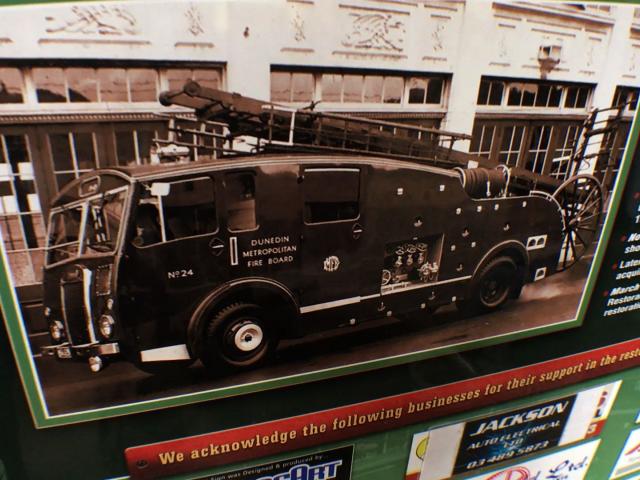 Behind Garage Doors searches for collectors of all things large and small throughout Otago/Southland. The Fire Truck Restoration Society show off their collection of appliances kept in Dunedin.

A fire has highlighted issues with a hydrant and water access in the North Otago settlement Ohau Village.
Quick action helped firefighters battling a blaze within forest at the Waiora Scout Camp, near Mosgiel, yesterday.

For the first time in a long time, Barry Gibson can sleep easy.

Queenstown residents may have to decide if it is time for a paid presence alongside their volunteer fire brigade.

Volunteer firefighting is under pressure, a report which could precipitate the biggest shake-up of the New Zealand Fire Service in 50 years says. Bruce Munro tags along with Regan Soper, of the Ravensbourne Volunteer Fire Brigade, to record a week in the life of one of New Zealand's 12,000 volunteer firefighters.

A sleeping teenager was rescued by a friend after a fire which forced guests and staff to flee broke out in a major Dunedin hotel last night.

Rural firefighting techniques are being shared by visiting American firefighters and their counterparts in the Department of Conservation (Doc) this week.
There will be no love lost at Coronet Peak tomorrow as firefighters go up against each other in teams of four, competing in the 2011 Firefighter Chill Factor Challenge.

It seems the streets around the student quarter are no longer the only domain for the traditional student couch blaze.
One person has been rescued from a burning house in Tauhara, on the eastern side of Taupo.

The cost of four rural fires in Dunedin late last year, including a major blaze at Mt Allan, has blown out the city's civil defence and rural fires budget by almost $1 million. However, manager Neil Brown said the cost would be recovered.
Gisborne firefighters have been called out to deal with cats in trees and other animals in difficult spots but a guinea pig inside a computer printer was a first.

Dave Seque will turn off his radio, ditch his equipment and say goodbye to the Dunedin Fire Service when he steps down as Dunedin's fire chief next month.
The Palmerston Volunteer Fire Brigade will make its television debut at 7.25pm today on the new TVNZ6 series Volunteer Power.

Firefighters and the crew of HMNZS Endeavour fought to contain the flames of a simulated engine fire during one of the largest drills in recent years in Dunedin yesterday.

Strollers on Steamer Wharf stopped in their tracks and there were wolf whistles when five female firefighters posed for photographs for a calendar on Saturday.

Dunedin Mayor Peter Chin has praised firefighters for their dedication and professionalism in keeping the city's residents safe.

Saturday was an evening of pride, as the fire brigades in Queenstown and Frankton honoured their volunteers at an award service and gala dinner at the Memorial Hall in Queenstown.