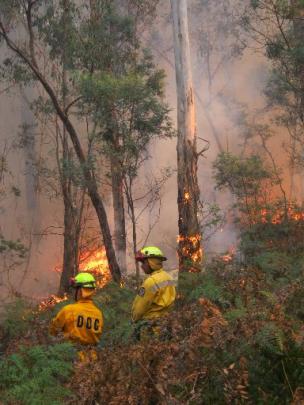 Controlled burn-offs, like this one in bush near Ballarat, Australia, and top right, get rid of the build-up of bark and fallen branches, which can cause wild fires to be more intense and dangerous. Photos supplied. 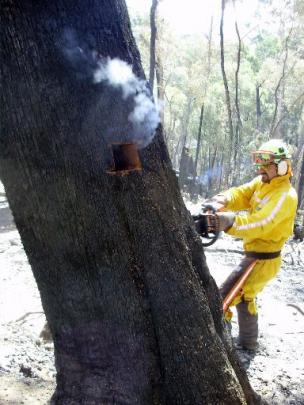 Otago Doc rural firefighter Patrik Eschenmoser cuts a hole in a tree so a fire burning in a hollow trunk near Ballarat can be put out. 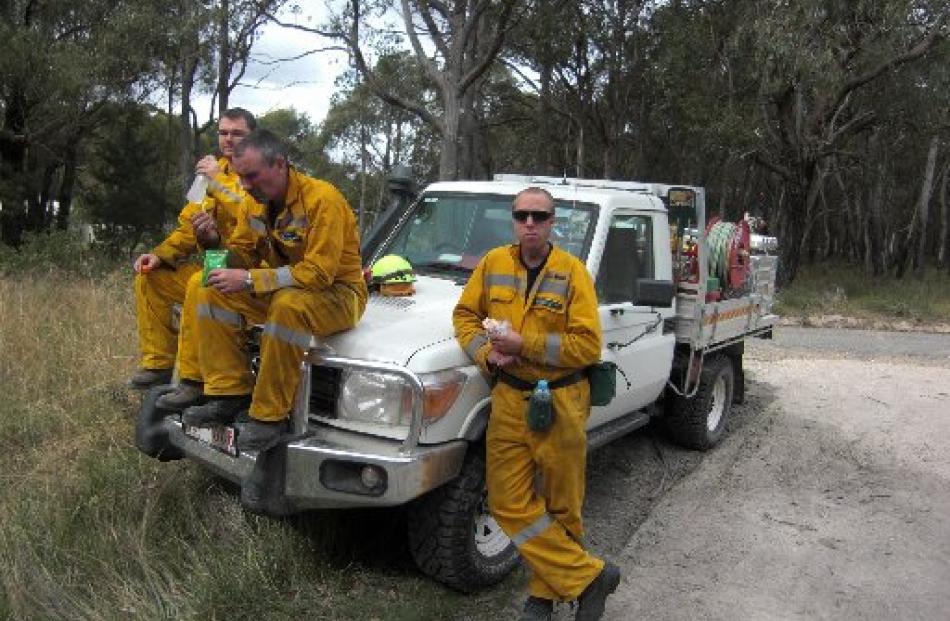 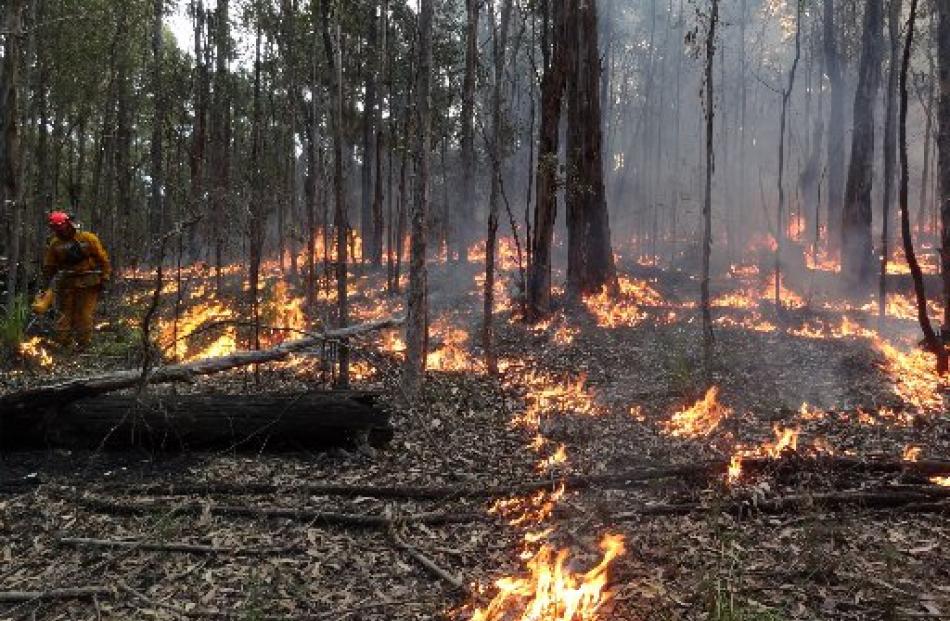 The five Otago rural firefighters, including Mr Mitchell, were among 25 New Zealanders who travelled to Victoria to take part in controlled burn-offs in the state of Victoria, which are carried out in effort to prevent a repeat of the Black Saturday bushfires, which killed 173 people in the state in 2009.

The burn-offs are used to get rid of fallen branches and bark, which provide fuel for fires and make wild fires more intense and dangerous, while keeping the bush intact.

Each year, the Department of Sustainability and Environment, which is the Australian equivalent of Doc, burns off about 220,000ha of land in Victoria.

Mr Mitchell, who lives in Mosgiel, said the experience of working on the burn-offs had been an "eye-opener" for the Otago staff and had made them better equipped for fighting fires back home.

Working on controlled burn-offs taught people more about fighting fires and the way fires behaved than working on a wild fire, he said.

There was little room for error and it did not take much for the controlled fires to start burning out of control, he said.

"You are in tall forest that is essentially burning, so if you don't get it right, you can get in to trouble.

The main purpose of the trip was to train the next generation of senior rural firefighter managers, who would replace the current crop, which included Mr Mitchell, who were trained in the 1970s and 1980s.

The trip had definitely achieved its purpose, with the Otago-based firefighters Jamie Cowan (Queenstown), Shayne Pearce (Dunedin), Gavin Udy (Alexandra) and Patrik Eschenmoser (Alexandra) all saying they had learnt more in the three weeks than in all their previous training.