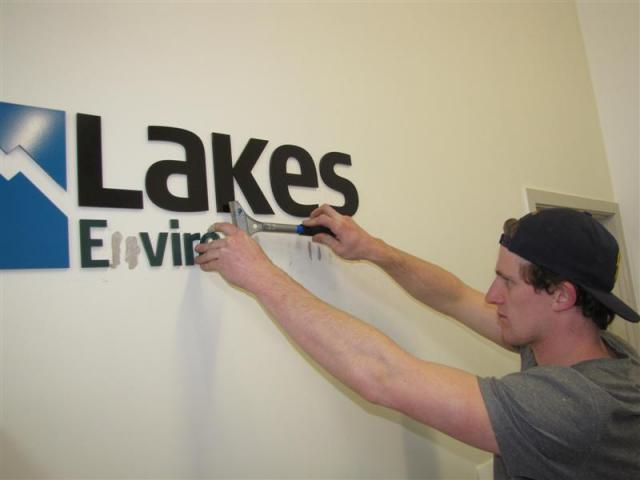 A decade after Lakes Leisure was formed, and five years after Lakes Environmental began, both organisations were absorbed into the Queenstown Lakes District Council (QLDC) yesterday with little fanfare.
Staff affected by the Queenstown Lakes District Council's organisational review have voiced concerns to the Southern Local Government Officers Union.

With her husband appointed acting chief executive of Lakes Environmental less than three weeks ago, Queenstown Lakes Mayor Vanessa van Uden has resigned as a director of the council-controlled organisation - which is being absorbed within the council.
The number of houses being built in Queenstown and Wanaka is increasing, which is having positive effects on Lakes Environmental's financial report.
More services have been made available online, more will follow and counter hours will be reduced in a bid to recover costs at Lakes Environmental.

Two new directors will take up positions on the Lakes Environmental Ltd board this month, replacing Tony Hill and Alan Bickers.
An application to redesignate reserve land to build a new Wanaka police station has attracted just one submission, which opposes the facility.
The past six months were "much tighter than it has ever been" for Lakes Environmental Limited, which yesterday reported an operating deficit of more than $56,000.
A resource consent application to build a new police station in Wanaka has been lodged with Lakes Environmental and construction may begin as early as February.
An application by Criffel Deer Ltd to subdivide land on Mt Barker Rd, near Wanaka, was publicly notified this week.

Ecojet's plans for a new Queenstown jet-boating and water-taxi service have been questioned by Jo Boyd, a fourth-generation resident of the lower Kawarau River concerned about the proposal's environmental impact.
The first resource consent application for the Wakatipu Trails Trust's planned network of public walking and cycling trails has been lodged with Lakes Environmental.
Lakes Environmental regulatory and corporate manager Lee Webster is comfortable with the steps the Wanaka Caltex petrol station is taking to minimise the noise from its new drive-through car wash.
Vodafone New Zealand says customer demand for increased cellphone coverage at Glenorchy prompted its application for resource consents to build communications towers at Greenstone Station Rd on Mt Nicholas on the western side of Lake Wakatipu.

Earthworks are about to start on one of Wanaka's most ambitious commercial, residential and retail projects - the massive Three Parks development opposite the Ballantyne Rd industrial area.

A deal to put a sports shelter on the border of Queenstown's failed Five Mile development is not a sweetener to ensure a new $125 million, 38,000sq m retail complex at the Frankton Flats site gets approval, outgoing Queenstown Lakes Mayor Clive Geddes says.
Opposition to a proposed luxury residential development at Damper Bay, near Wanaka, continues to mount with more than 50 public submissions lodged against a resource consent application by a group of businessmen.

New buildings in Wanaka account for about half the resource consents, valued at $107 million, approved by Lakes Environmental for the past year, according to figures released yesterday.

As residential subdivisions in Wanaka continue to expand the town's boundaries, the approach of some developers has saddened the Queenstown Lakes District Council's top landscape consultant.

Lakes Environmental does not intend engaging debt collectors to recover money owed by the developers behind a controversial proposed retirement village in Wanaka.