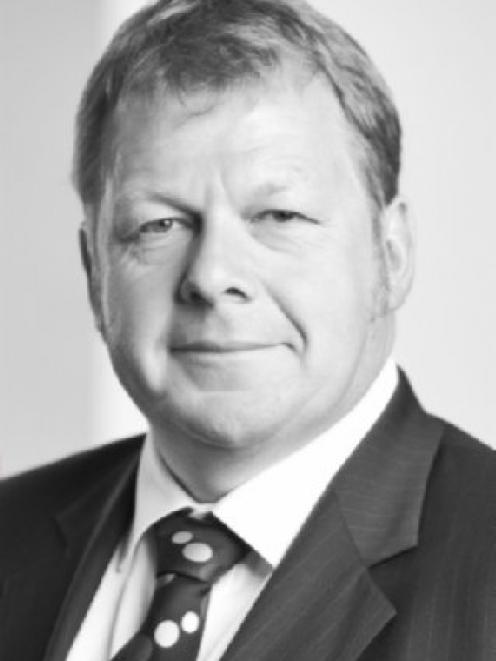 Hamish Dobbie
New buildings in Wanaka account for about half the resource consents, valued at $107 million, approved by Lakes Environmental for the past year, according to figures released yesterday.

Consents for 258 dwellings were issued in the Queenstown Lakes District for the year ended August 31. This is up 28% on the corresponding period last year when 204 consents were issued, worth $76 million.

Lakes Environmental chief executive Hamish Dobbie said about 50% of the newly consented dwellings were for construction in Wanaka. About 15% were in Queenstown, 5% in Arrowtown and the remaining 30% in the "wider Wakatipu basin".

The residential building sector in the district had proved to be "resilient". History had shown new dwelling consents increase in the summer and decline slightly during the winter period.

"So far, this year is proving no different in that regard."

Building firm owner Andrew Campbell said while the company had been "lucky enough" to have enough work to get through the past 12 to 18 months, clients seemed more confident now.

"We haven't really had a slowdown at all, but we did have three or four jobs last year that were either put on hold or [abandoned], whereas this year we've picked up a few more.

"In the last 12 or 18 months, clients have been more cautious ... This year they're more keen, they know what they're doing and they're getting on with it."

Mr Campbell said the company was halfway through one new build and had just begun another.

Two more houses were waiting to be built and the business was pricing another two.

While there had been "far more alterations" to existing homes recently, the new builds were in the "medium to high" end of the housing sector, whereas demand for entry-level homes was lower, he said.

"In that high end of the market there's a reasonable level of activity ... [for example,] areas like Jacks Point and Millbrook."

"Month to month, the number of new-dwelling consents issued does fluctuate a bit and so it can be misleading to compare any one month to the previous month to determine a trend," he said.

While the residential market was "rebounding strongly", the volumes in the commercial market had decreased.

"When the recession hit, the commercial building stayed quite strong in this district. It's now declined but the residential sector is on the increase."

For the year ended August 31, a total of $151 million was consented for construction.

Of that, $16 million was in alterations to dwellings and $28 million was for commercial construction.

In the 12 months to August 31, 2009, a total of $161 million was consented for construction, $12 million of that for alterations to dwellings and $73 million for commercial construction.

"Some of those commercial ones were ... four new schools to the value of $21 million - there have been none [consented] this year.

"Those are the sort of variances we're seeing in the new-building area."

Mr Dobbie said for commercial alteration, five consents were issued for the 12 months to August 31, 2009 for a total of $12.5 million.

For the corresponding period this year, 11 consents had been issued for a total of $5.5 million.

However, he believed the commercial construction industry would bounce back.

"We're seeing good, strong tourism numbers and that drives commercial, and to a degree, the residential market."