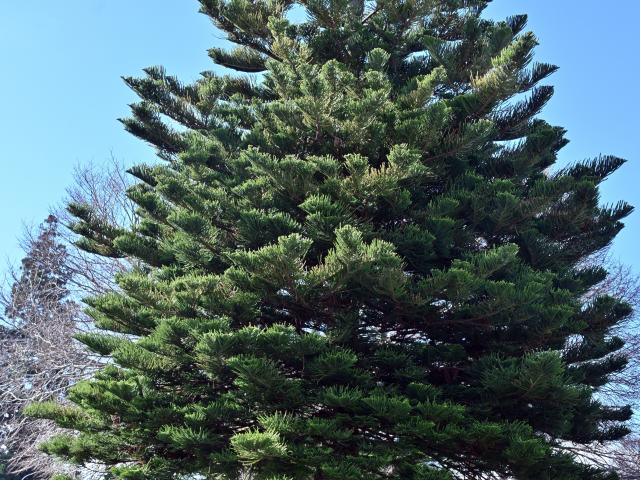 Zealandia has been in the science news quite a lot recently — and I don’t mean the wildlife sanctuary in Wellington or that fine lady who is supposed to symbolise New Zealand.

John Wilson Ocean Drive is a great place to enjoy some fresh air and a sweeping view of the ocean. But what are all those dark green mounds hugging the sand dunes and lining the road?

What interesting plants did you discover during your lockdown walks?

Manuka is the star of a well-known rags-to-riches story in the NZ plant world, writes Mark Clark.

Now and then someone says ‘‘from Cape Reinga to Bluff’’ or ‘‘from Kaitaia to Bluff’’, as if New Zealand ends at Bluff in the South. The 400 or so New Zealanders on Stewart Island/Rakiura would not...

For a while there it looked like a conspiracy. So many maps of the world did not show New Zealand, writes columnist Mark Clark.

The southern rata, with its fire-bright colour, is most at home in the cold and damp.

It’s the Tyrannosaurus rex of trees. Who hasn’t felt a primal twinge of terror as they’ve looked up at a large monkey puzzle tree (Araucaria araucana) with its ferocious dark green "teeth"? We feel...

Fair of bark and light of leaf, the lemonwood is the blonde of the bush, writes Mark Clark.

The Holy Grail of a perfect tree for southern gardens is one that doesn't need pruning and doesn't grow too tall, with beautiful flowers, edible fruit, interesting leaves, and colourful bark, writes Mark Clark.

For Pacific islands in the tropics, it's the coconut palm.For Australia, it would have to be the gum tree. So what tree says "New Zealand" like no other, asks Mark Clark.

Anyone who wants to make a movie about an alien planet doesn't have to design their own weird and wonderful plants - there are plenty of bizarre-looking plants right here on Earth, writes Mark Clark.

Sadly for Game of Thrones fans, we don't have many medieval castles, churches and cathedrals in NZ as a background for any gothic fantasies, but we do have dark, brooding structures with pointed "spires", "turrets" and "battlements".

Clips of Dunedin's snow-covered hills and icy roads are a time-honoured winter tradition on New Zealand television - as are regular jibes from northerners about the city's "fresh'' weather.

There are some lovely specimens of Albany red gums in Dunedin, writes Mark Clark.

Sun-loving exotics from much warmer climes are putting down roots here in the South, observes Mark Clark.

Some trees come with their own decisions, writes Mark Clark.

A tree of many names can still be a little anonymous, writes Mark Clark.

The southern-most beech can still be found if you know where to look, writes Mark Clark.