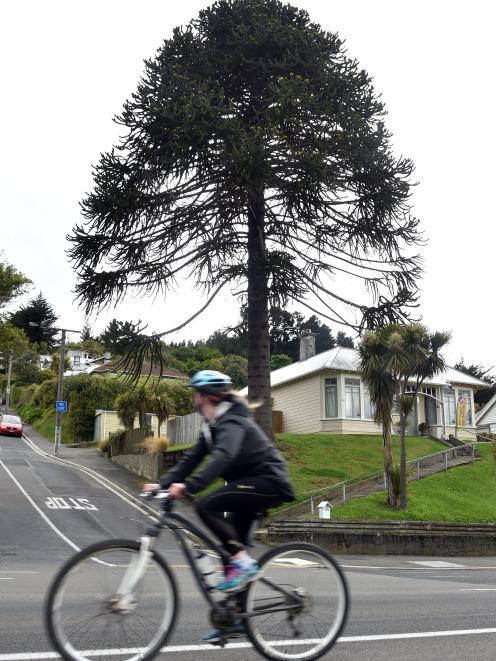 This reptilian giant is a monkey puzzle tree growing at the corner of North Rd and Birchfield Ave in North East Valley. It's easy to imagine dinosaurs plodding through forests of such trees. Photo: Peter McIntosh
It’s the Tyrannosaurus rex of trees. Who hasn’t felt a primal twinge of terror as they’ve looked up at a large monkey puzzle tree (Araucaria araucana) with its ferocious dark green "teeth"? We feel as though the lowest branches could swing round, pick us up, and devour us whole if we dare look away for a few seconds.

This silent, giant hydra of the plant world grows naturally on the Andean slopes of central Chile and western Argentina. It’s closely related to the Norfolk Island pine that has been embraced so enthusiastically by coastal communities on both sides of the Tasman.

The New Zealand kauri is a more distant relative in the same Araucariaceae plant family.

One of the effects of Europeans’ colonisation of the world from the 1400s was that exotic trees and flowers became all the rage in Europe. Plant hunters scoured Asia, Africa, Oceania and the Americas for new and strange species. Gardeners in Victorian Britain were delighted that they could grow such a bizarre-looking, new tree as the monkey puzzle in their cool northern climate. There are even monkey puzzle trees growing successfully today in Norway and the Faroe Islands north of Scotland.

As you’d expect, British fashions came to New Zealand with British settlers, and it wasn’t long before monkey puzzle trees were rearing their spiky crowns in our local parks and gardens. There are only about a dozen big ones left around urban Dunedin, but what a presence they have!

There were zillions of trees just like them in Gondwanaland during the age of the dinosaurs. How on earth any plant-eating dinosaur managed to eat their hard, sharp, pointy leaves is anyone’s guess. It seems highly unlikely that the trees have ever puzzled any monkeys, despite the English name first suggested by barrister Charles Austin in the 1800s. He was visiting Sir William Molesworth’s garden in Cornwall at the time.

One of the best local specimens of these monsters stands proudly near Chingford Park on the corner of North Rd and Birchfield Ave in North East Valley. Another prominent one towers over Kaikorai Valley Rd not far from Kaikorai Valley College. You can also admire this national tree of Chile in the grounds of Wakari Hospital near Helensburgh Rd and in the gardens beside lower Middleton Rd. 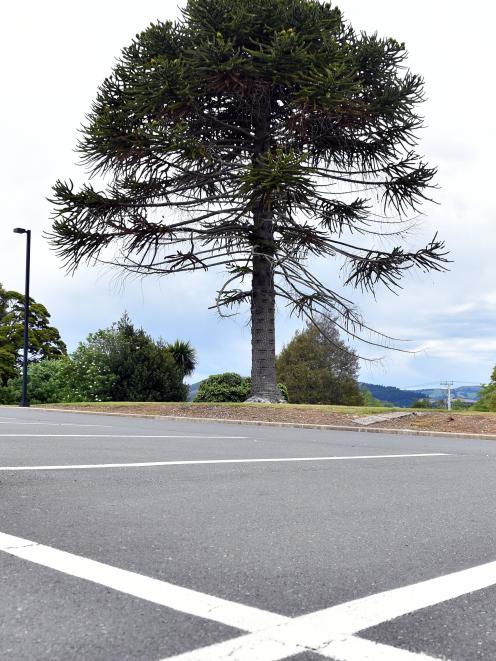 Here is an impressive Araucaria araucana, the national tree of Chile, growing happily on the other side of the Pacific in the grounds of Wakari Hospital. These trees often grow on the slopes of volcanoes in their native land. Photo: Peter McIntosh
Chile has been in the news a lot lately, though not for the most positive reasons. While they are currently amid social and politics turmoil, geographically southern Chile and western Argentina are remarkably like a bigger version of the South Island. There is a mountainous spine stretching north to south with fiords and glaciers in the far south; a narrow, well-watered coastal strip of land to the west; and a much wider and drier area of land to the east. There are lush forests to the west of the mountains and vast grasslands to their east. Add southern beech forests, relatives of the kiwi (tinamou), regular earthquakes, and it all seems uncannily familiar.

It’s my privilege to know a local Chilean family whose ancestors prized the edible seeds of the monkey puzzle tree. The Pehuenche (or Pewenche) people of central Chile and southwestern Argentina valued these seeds so much as a primary food source that they they named themselves after the tree, which in their language was pehuen (or pewen). These days we use the name Mapuche for them and for other indigenous people in the same area.

Spanish colonisers usually called the Mapuche Araucanians and their lands Araucania. While the Mapuche themselves prefer not to use them, those names persist not only in the monkey puzzle tree’s botanical name Araucaria araucana, but also in the name of the whole Araucariaceae family.

If you’re lucky enough to live close to a female monkey puzzle tree, you might get the chance to eat like the Mapuche by sampling some of the seeds that scatter from the big seed cones. Once you remove the outer seed case, they look a bit like small Brazil nuts. I found a few on the ground at Chingford Park years ago and tried roasting them for a while. They didn’t replace pecans as my favourite nuts, but they were pleasant enough — something to munch while watching a Jurassic Park movie perhaps. 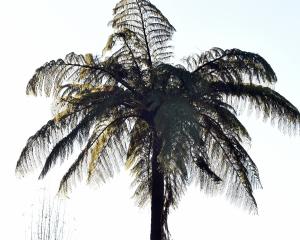