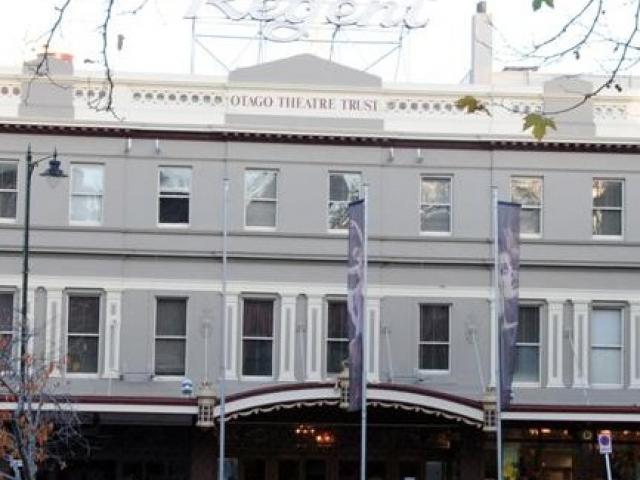 Dunedin's growing status as a favoured destination for headline entertainment acts has been further underpinned by the Regent Theatre's confirmation it will host 10 international shows this year.

Millions of jigsaw puzzle pieces were on sale at The Regent Theatre's Anything But Books Sale in Dunedin yesterday.

The Dunedin City Council is being asked to commit another $70,000 a year to the Otago Theatre Trust so it can meet the extra costs it faces since the redevelopment of the Regent Theatre.

Dunedin city councillors have delayed a decision on whether to have an observer on a restructured Otago Theatre Trust board until they have further information about the new board and what rights the observer would have.

The Dunedin City Council will today discuss whether to increase funding to the Regent Theatre.

An old stager has a new role at the Regent Theatre.

You know things are going to get physical at the Star Regent 24 Hour Book Sale when you see people outside the doors tilting their head at awkward angles, making the bones in their neck click while they flex and stretch their limbs.

DJ Wilson (11), of Dunedin, watches in amazement as his shoe explodes during Chuck Jones' magic act at the Lions Club Magic Show in the Regent Theatre on Thursday night.

The Regent Theatre will become a passage to India tonight. The Indian Students Association's annual dance showcase, A Night At The Museum, would be an authentic and colourful taste of Indian culture, co-president Chetan Patel said yesterday.

The show will go on for Dunedin's Regent Theatre, after hundreds of litres of water from a gutter cascaded on to the stage following a school production.

A digital revolution will be behind the 2012 New Zealand International Film Festival in Dunedin this month.

It is the stuff you could make an action/adventure film out of.
The Regent Theatre will host its first University of Otago graduation later this month, but the change of venue from the traditional Dunedin Town Hall ceremony has highlighted logistical concerns for organisers.

All those who supported or pitched in for the Regent Theatre's $7.5 million redevelopment enjoyed a "thank you concert" on Saturday night.

The Regent Theatre is getting rouged up ready for its re-opening next month after a $6.8 million upgrade.

Redevelopment at the Regent Theatre has reached fever-pitch with just 10 weeks remaining before the doors reopen for the first public event in 10 months - the International Film Festival.

A BK117 helicopter hovering above the Regent Theatre had heads craning skyward yesterday as Helicopters Otago pilot David Gale placed large extractor fans on the roof of the redeveloped building.