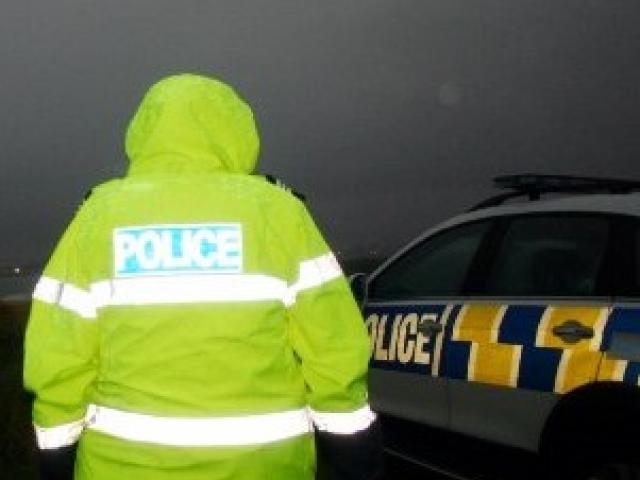 Police were ‘‘appalled'' by the behaviour of a 63-year-old Dunedin woman who they believe almost caused a fatal car crash just north of Hampden on Wednesday night.

Careys Bay resident Kristine Nicolau is frustrated that the fight to have a permanent 30kmh speed restriction in the Port Chalmers main street has still not been won.

Not all drivers stop when they should at red lights, Remarkables Primary School pupils have been warned by Senior Constable Beth Fookes, of Queenstown. This is the case particularly at the traffic lights installed about the time the school was built.
A motorist travelling at 135kmh in the central North Island is among bad drivers caught by a police "eye in the sky".

A need to find a solution to reduce the high number of winter crashes on Dunedin's Three Mill Hill Rd has led to the development of new technology, believed to be a world first.

Motorists can defrost inside as well as out, thanks to a new campaign by police.

The value of properly fitted child safety seats was reinforced yesterday after four preschoolers escaped injury when the vehicles they were travelling in rolled after hitting ice.

Winter driving in Queenstown has caught out even the most local of locals in its snowy, sleety and icy conditions.

With the winter season upon us and events both on and off the mountains about to begin, the New Zealand Transport Agency is encouraging parents of teenagers to help them prepare for a safe journey.

A severe frost yesterday morning on top of a weekend of snow and rain created mayhem on regional roads, with several accidents and many more near misses.

Motorists are being urged to prepare for winter and check road conditions before venturing out.

A motorist driving past a stationary school bus 84kmh over the speed limit is among the offenders Wanaka police have netted in an ongoing pre-winter traffic safety blitz.
The first road reports of the season from the Queenstown Lakes District Council warned drivers of the likelihood of ice, grit and general "winter conditions".

Police and roading authorities are not expecting chaos on the roads on Sunday when two new give-way rules are introduced. In fact, they are expecting the opposite - extra-cautious driving.

Even before the fatal crash at the intersection of State Highways 6 and 8B at Cromwell on Thursday, the New Zealand Transport Agency was in the process of cutting the speed limit from 100kmh to 80kmh.

Last year had the second-lowest annual road toll for the Southern police district in the past 14 years, a result which has pleased the man in charge of policing the South's roads.
A new guide highlights many ways to make the roads safer for motorcyclists, but riders want authorities to start with some of the smaller and easier solutions to ensure change does take place.
Otago Southland coroner David Crerar yesterday reiterated the need for drivers to wear a seatbelt and the dangers of drink driving when he released his formal findings in to the death of Leslie Armitage (23), of Tipperary, Ireland, who died near Poolburn on November 13, 2010.

One driver in two admits speed rules are the ones they are most likely to break in a Herald-DigiPoll survey.