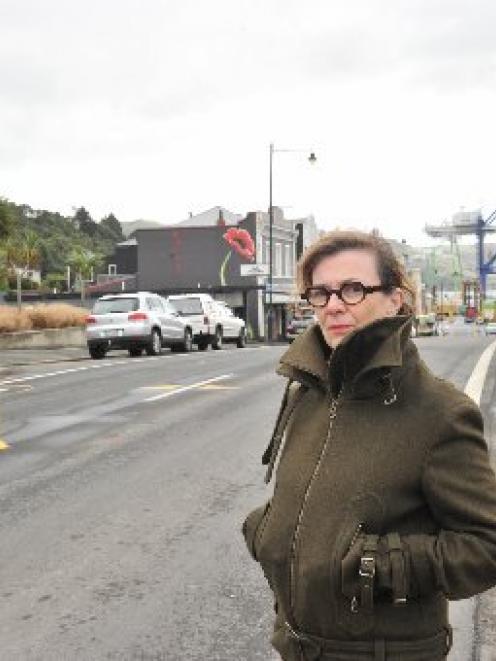 ''I'm disappointed with the whole situation,'' she said. Ms Nicolau, who describes herself as a ''community activist'', made a submission at a regional land transport hearing in Dunedin on Monday. She is calling for a permanent 30kmh speed restriction in George St, instead of the present temporary limit.

She also argues the 30kmh limit should be extended to the whole street.

A section of George St close to the port has been subject to a 30kmh speed restriction during the cruise ship season.

Ms Nicolau said she was ''always frustrated'' in making submissions over the speed limit, including when she had given her views on the draft Otago Southland Regional Land Transport Plans this week.

Hearing panel officials had indicated to Ms Nicolau that because such speed limits were ultimately determined by the New Zealand Transport Agency (NZTA), and the Port Chalmers limit was not included in the draft plan, her comments were not strictly relevant to the plan.

But Otago Regional Council transport committee chairman Cr Trevor Kempton said the panel would pass on her road safety concerns to the NZTA.

The DCC had also made a submission to the hearing supporting a permanently lower limit, he said.

When motorists were heading away from the port, towards Dunedin, they encountered the first 50kmh sign near the top of a blind rise, and it was not safe for vehicles to suddenly increase speed from 30kmh in a busy area with limited visibility, she said.

In her submission, she said Port Chalmers had become a busy place, and a 50kmh speed limit added ''danger to our little village''.

''And, on top of this, you have large logging trucks rumbling down the main street, plus the cruise ship activity.

''Many times I have seen near-misses of vehicle and pedestrian, particularly children getting off buses.''

The 50kmh speed limit was ''an accident waiting to happen''.

''Let's not wait until someone is hurt to make our village safe.''