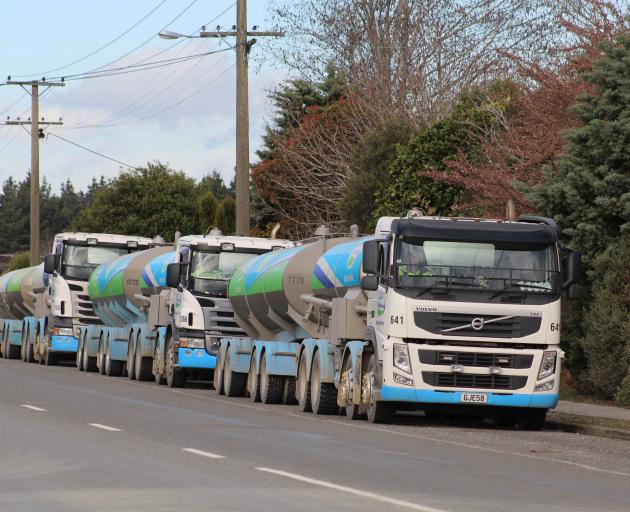 NZTA's John Forbes says strong growth in dairy and expansions at the Fonterra site meant there were a lot more milk tanker movements on the busy section of SH1. Photo: ODT files
One of the largest highway construction projects in Southland's history is to begin this month.

NZ Transport Agency project manager Jason Forbes said Fulton Hogan had been awarded the $13 million contract to realign State Highway 1 (SH1) at Edendale, so it would bypass the township to the northwest.

"The safety and efficiency of the current section of highway is affected by a tight 45kmh curve, three different speed limits, two rail lines that cross the highway to the Fonterra site, and a steady stream of highway traffic past the local primary school - a lot of which are heavy vehicles.''

Mr Forbes said the new bypass would improve the journey for freight traffic and provide safer and better connected journeys for all road users.

"The lack of safe passing opportunities is an issue on SH1 between Gore and Invercargill, causing frustration for drivers, and sometimes encouraging risky overtaking manoeuvres.

"The new bypass will help address this problem with the introduction of a new north-bound passing lane.''

A roundabout towards the southern end of the bypass would allow the highway to remain at 100kmh, and connect to Edendale and the Fonterra dairy factory.

"This is one of the largest highway projects seen in Southland for many years.''

Support from Fonterra and the local community had been excellent, Mr Forbes said.

"Their input into the project design has been invaluable and helped with the final design of the bypass.

"It is important that the realignment meets the needs of the Edendale community and the local dairy factory.''

He said strong growth in dairy and expansions at the Fonterra site meant there were a lot more milk tanker movements on the busy section of SH1.

Moving highway traffic away from the present location would improve safety and bring considerable environmental benefits to the Edendale community, such as less traffic noise and fewer vehicle emissions.

The new 2.6km bypass would carry more than 5000 vehicles a day and take about two years to build, he said. 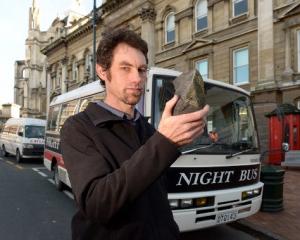