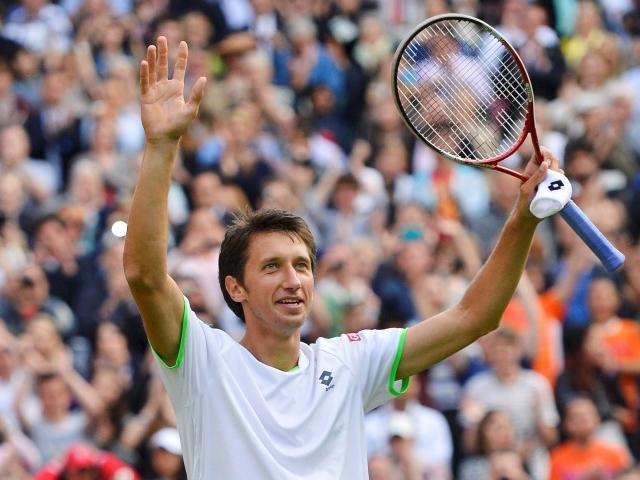 Defending champion Roger Federer has reached the final of the ATP World Tour Finals for the eighth time in 11 years after a 7-6 6-2 win over Britain's Andy Murray.

Roger Federer has been knocked out of the US Open after losing a quarterfinal thriller to Tomas Berdych, marking his earliest exit from New York in nine years.

World number one Roger Federer put on another evening exhibition at Flushing Meadows as he brushed aside Germany's Bjorn Phau 6-2 6-3 6-2 to reach the third round of the US Open.

A seventh Challenge Cup secured, Roger Federer was ready for a week's holiday on Monday before returning to London to complete what he hopes will be a unique Wimbledon-Olympic double triumph at the All England Club.

Roger Federer left the door tantalisingly ajar for local hero Andy Murray in the Wimbledon men's singles final, then slammed it shut to win his seventh Wimbledon title and return to the top of the world rankings.

Britain's Prince Charles made a rare, if fleeting, visit to Wimbledon but lingered long enough to see Roger Federer produce another regal performance on Centre Court and move serenely into the third round.

It may have been a slip of the tongue or perhaps it was a sentence lost in translation, but Rafael Nadal made quite a telling statement after collecting his record-breaking seventh French Open crown this month.

The remarkable Roger Federer reached a record 32nd consecutive grand slam quarter-final and world No1 Novak Djokovic survived an almighty scare on a crazy day at the French Open.

First-round victories at the French Open have put Roger Federer and Novak Djokovic in reflective mood, with the Swiss chalking up a new landmark and the Serbian world number one considering the pressure of always trying to win.

Roger Federer left a lasting impression on the Madrid Open's controversial blue claycourt by grinding out a 3-6 7-5 7-5 victory against Czech Tomas Berdych to match Rafa Nadal's record of 20 Masters titles.

John Isner pulled off the biggest upset of his career at the BNP Paribas Open on Saturday before Roger Federer imperiously outplayed long-time rival Rafa Nadal in the other semifinal.

Roger Federer swatted aside Andy Murray 7-5 6-4 to win the Dubai Championships, the Swiss maestro's 72nd tour title, as he abandoned the baseline to dominate from the net.
Roger Federer has outclassed Argentina's Juan Martin del Potro 6-1 6-4 in the final of the World Indoor Tournament to win his first title of the year.

There was no title at stake and no trophy to lift but Rafa Nadal's victory over Roger Federer in the Australian Open semifinals has added another glorious chapter to the greatest rivalry in tennis.

Roger Federer was given just the workout he needed after getting a walkover when he beat the big-serving Croat Ivo Karlovic 7-6 7-5 6-3 on Rod Laver Arena on Friday to advance to the Australian Open fourth round.

Roger Federer was given a free ride into the third round of the Australian Open after German Andreas Beck withdrew with injury.

Rafael Nadal has criticized Roger Federer for letting other players "burn themselves" by complaining about tour conditions while maintaining his good reputation by rarely making negative comments about tennis.

A stuttering Roger Federer and a rampaging Rafa Nadal need to clear only one more hurdle before setting up a tantalising final showdown at the Qatar Open.