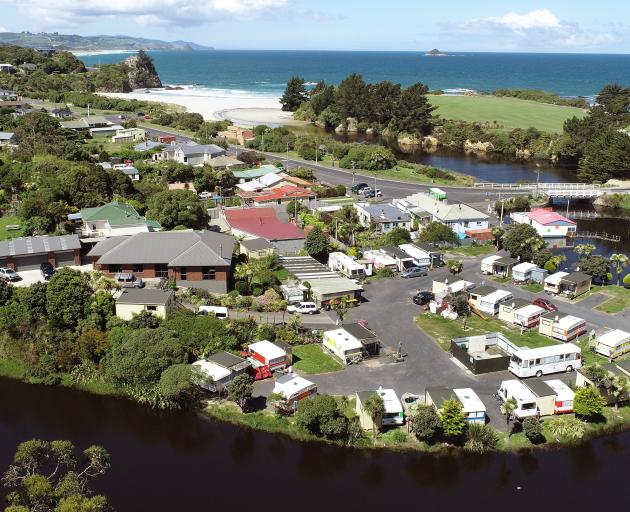 Brighton caravan park. PHOTO: STEPHEN JAQUIERY
In its final meeting for 2021, the Saddle Hill Community Board covered a broad range of topics — from basketball courts to art designs for Chorus boxes.

Board members expressed concern about news the Brighton Caravan Park had been sold to developers, and that 20 permanent residents would have until February to move out.

After discussing the issue, the board resolved to request that the Dunedin City Council prioritise increasing community housing in the Saddle Hill area as a matter of urgency.

Board members were also disappointed to learn that the Brighton Rd watercourse, in Ocean View, had been assessed by council staff and prioritised as 10th on the priority list.

This was a drop from its previous position of seventh on the list and meant any further action on the watercourse was at least 12 months away.

In the public forum, the board heard from local school pupil Rosie Davison, who spoke in support of her application for $1000 in funding towards a 10-day Spirit of Adventure youth development course.

As a surf life-saver herself, Rosie felt that the Spirit of Adventure course would help her develop valuable leadership skills, while also contributing towards her Duke of Edinburgh Award.

The board was impressed by Rosie’s presentation and voted unanimously to fund her to the tune of $500, and also to invite her to return with a report on her experience.

After viewing the designs, the board increased its financial support for the project to up to $300, to help cover the cost of materials.

The recent announcement by the council that it would fund the building of basketball half courts in various communities across the city left board members shaking their heads.

They discussed how the lack of such a facility in their own area had led them to set aside $5000 from the board’s discretionary fund this year to install a basketball half court in Delta Dr in Waldronville.

Given the obvious need for such a court in the Saddle Hill area, it was confusing that the Delta Dr court had not been included, chairman Scott Weatherall said.

In his board chairman’s report, Mr Weatherall spoke of the strong community reaction to opportunities to write submissions on the Smooth Hill landfill proposal, with 295 submissions generated.

"We have advocated for an open process around the landfill proposal, so it is very positive to have so many submissions produced," he said.

The board adjusted its meeting schedule for 2022, the first meeting being set down for February 17.