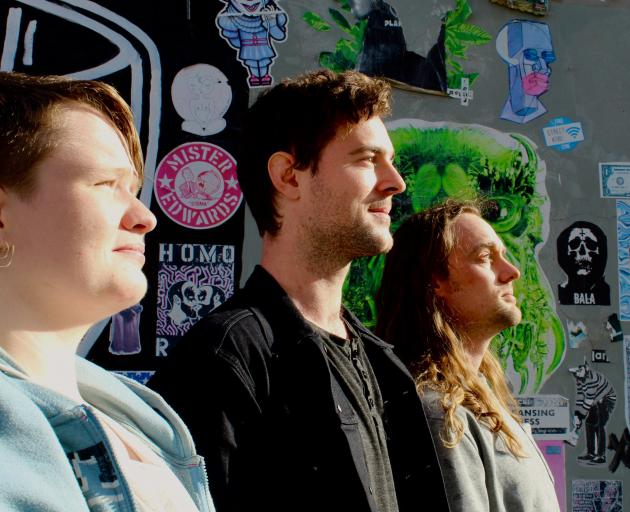 The Hyporeal team includes (from left) Casey Cherry, Josiah Hunt and Tom Jensen who are creating a dark adventure game called Blackheart. PHOTO: SIMON HENDERSON
In an ongoing series for The Star, reporter Simon Henderson is uncovering some of the creative people in the burgeoning video game industry in Dunedin. This week he explores a moody role-playing game filled with intrigue, mystery and murder.

A dark tale of ruthless royalty and otherworldly enemies is being constructed code by code in the Dunedin offices of Hyporeal.

The Blackheart realm had been gestating in his mind for some time.

"When I was a teenager and at university ... I was really into reading fantasy books and I was into writing and I wrote a couple of books centred around this universe." 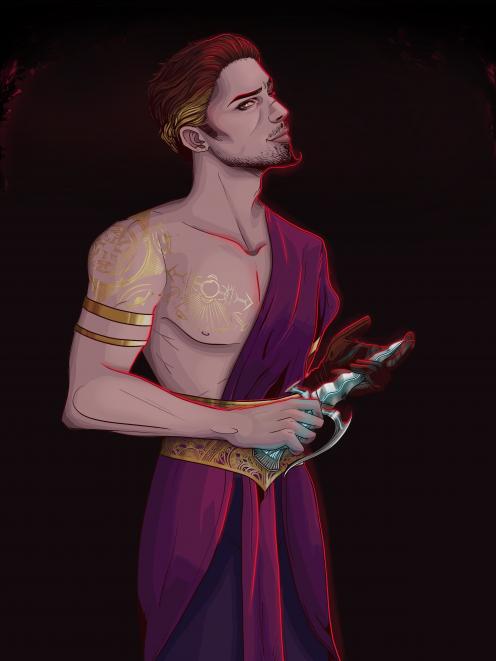 The primary antagonist for Blackheart is Nehru, who has a lust for power and wants to claim his father’s throne. PHOTO: SUPPLIED
When he moved into game development, he could see how those ideas could come to life.

"Game development is just another form of storytelling, that is the main appeal to me."

Working at Hyporeal had been very important for her.

"It was nice being in a team environment where people were understanding of my quirks."

Despite some challenges including depression she developed her artistic craft.

"I’m autistic so the past few years have actually been very rough for me."

"Being creative is a really good outlet, I can kind of bring ideas to life and show people what’s going on inside this special little head of mine."

Creating an immersive soundscape for Blackheart is composer Tom Jensen.

With a background in film composing, he enjoyed the experience of composing for video games.

Film scores were very set in stone, he said.

"You have something very specific you need to write to — it needs to be within a millisecond sometimes."

In a game environment it was much more fluid.

"You have a player moving through different areas at their own pace."

All agreed the world of video games was a highly creative playground to develop.

Mr Hunt said the next stage included looking for partnerships with publishers prior to launching the game. 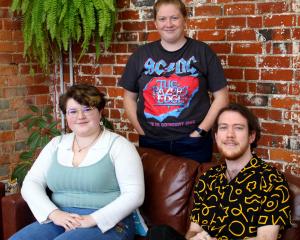 Experience of players top of mind