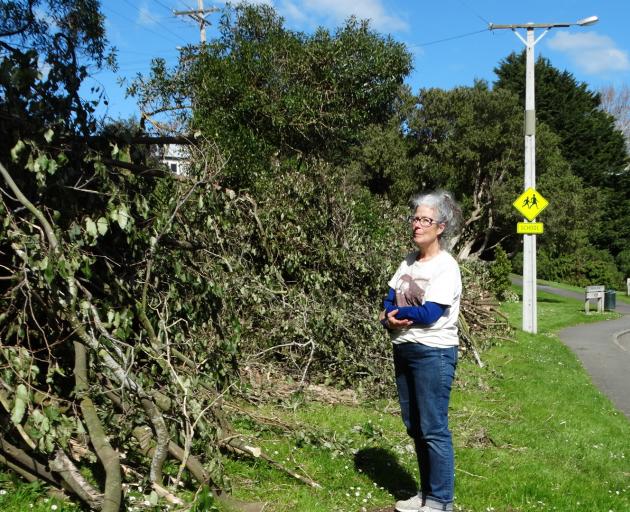 Board members congratulated members Jacque Ruston and Duncan Eddy on the success of the recent West Harbour Community awards, in which 14 local stalwarts were celebrated for their volunteer efforts in the community.

Held on November 10 and attended by about 60 local people, along with Dunedin Mayor Aaron Hawkins and board members, the event had been well received by the community, board chairwoman Francisca Griffin said.

After a short discussion, it was agreed that the awards should continue as a West Harbour Community Board project, and could be held once every triennium.

Dunedin City Council transport delivery manager Ben Hogan introduced himself to the board, and described the three teams in his group — capital projects, renewal of capital, and maintenance.

In her report, board chairwoman Francisca Griffin told board members about meeting council staff to discuss residents’ concerns about the rampant growth of sycamores in the Ajax Rd area and to look at how they could be removed.

A suggestion had been made their removal could be made a board project for next year.

In response to this, Cr Steve Walker questioned why the council’s parks department was not involved in the sycamore discussion.

He pointed out that, after years of intense lobbying, the council had co-funded a report on sycamore eradication in West Harbour, and had allocated long-term funding for removing the invasive trees.

The busy nature of the main street, with cars and trucks, had been "an eye-opener" for the non-local councillors and staff, he said.

Any action on moving the bus stop was put on hold until after the completion of the West Harbour cycleway-walkway to Port Chalmers and SH88 safety work.

As the board studied the governance support officer’s report, a discussion was initiated by Mr Johnson on the council leaders removing the "action list" from board papers.

He felt it made it difficult to add small items to the council’s work schedule.

Other board members said the current system for the board to register job requests via council customer services, and receive a job number which could be followed up, was more efficient.

Board members reported on their various areas of responsibility, the port noise committee involving some discussion on the role of the board as a conduit between the community and Port Otago.

Ange McErlane reported on Vision Port Chalmers and its role as umbrella organisation for the Seafood Festival.

The festival was setting itself up as an incorporated society, and would like to move to be independent from Vision Port Chalmers, she said.

The board discussed and made adjustments to its 2022 meeting schedule, the first meeting set for February 9.