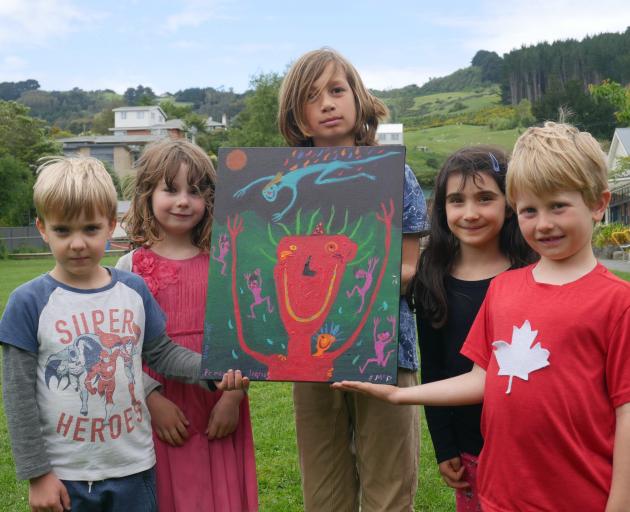 Many local artists have given artworks to Macandrew Bay School to be auctioned online to raise money for its art education programme.

"The money that is raised goes into arts experiences for the children, and also bringing artists into the schools to work with the students," principal Bernadette Newlands said.

She believed that was why so many local and internationally recognised artist were happy to donate their work.

"It just enriches the arts and it’s a lovely cycle of artists supporting a school to feed and grow the arts within the school," Mrs Newlands said.

"I think that the artists are very supportive of that concept."

About 55 pieces of art are available in the auction, which launched on Monday night and ends on Monday next week.

They include work by Macandrew Bay artists Kerry Mackay and Simon Kaan, and Peter Henderson, of Broad Bay.

The school had held an in-person art auction every two years for the past 20 years, but Covid-19 gathering restrictions meant things had to change this year, Mrs Newlands said.

A group of "wonderful" parents investigated holding the event online for a week, and sponsors covered the costs.

She was delighted, considering many school events over the past few years had to be cancelled.

Holding the auction online over a week would allow people to look at their own leisure and picture it in their own homes, she said.

Mackay gave three pieces of art to the school, each one a sculpture of a cat on top of a tin container.

One of the pieces was particularly special to her, as it was of her cat, Jimmy Lulu, Mrs Newlands said.

"Kerry and I used to teach together and we’re both great cat fans, so she’s got three fabulous artworks [in the auction]."

Two artworks by Ewen McDougall were available — the proceeds from one would go to Broad Bay School.

Mr McDougall gave an artwork to each school.

"It was the ideal way for them [Broad Bay School] to be able to sell their donated artwork," Mrs Newlands said.