Variety the spice of festival 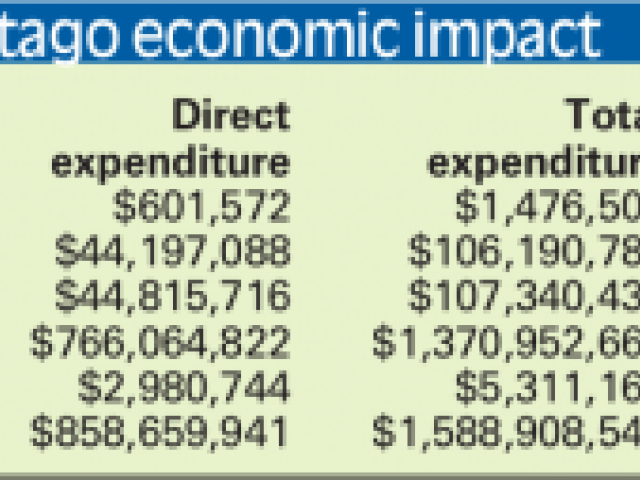 Shawn McAvinue
The past 10 days my wife has referred to herself as the ''arts widow'' but today I return to her after being immersed in the spectrum of creativity known as Arts Festival Dunedin.

The diversity of the festival make it impossible to single out a favourite and I'm not an arts aficionado, so I won't.

In Human Fruit Bowl, actor Harmony Stempel declares ''Picasso's paintings grab you by the throat; Bonnard's paintings dawn on you'' and I had no idea what she was talking about.

However, many in the audience probably did, with several of them drawing beautiful sketches of Stempel and her tub.

Talking to Stempel after her Saturday performance, she declared Dunedin to be the coldest city she had ever performed in.

The theatre staff had asked her if she would like the heating on during her performance, but she declined, as stage lighting usually made her sweat during a performance, so the colder the better.

But in Dunedin, as she lowered her naked body in the empty bath, she momentarily broke from character and gasped ''Oh, that's cold.''

About halfway through the Saturday performance, Stempel said later, she noticed her feet had turned blue and began to worry the audience would notice.

Stempel is booked to perform at Queenstown Arts Centre on Wednesday, so there is a chance Dunedin could lose the coldest venue crown.

On Saturday afternoon, I saw Odyssey at Kavanagh Auditorium. The use of paper puppets to create a silent film, to a live score, was stunning.

The tone of the piece reminded me of Radiohead album OK Computer but the Englishness of Odyssey was briefly interrupted when a wolf character in the production played Weather with You by Crowded HouseSpeaking to artistic director Nicholas Rawlings in a Dunedin cafe after the performance, he was heavy in praise for the ''generous'' Dunedin audiences.

That's big praise from an artist who has performed in front of music producer Brian Eno.

Friday was a busy festival night and for me began with percussion ensemble Strike at the Regent.

Former University of Otago fellow Robbie Ellis said he was captivated by the performance right from the big bang.

Others I spoke to found the performance lacking in variation.

A dash across the Octagon to see Tim Finn perform at Glenroy Auditorium and I found Finn failing in his search for nostalgia. Days earlier, in the same auditorium, the Modern Maori Quartet took a direct route back in time, found nostalgia in spades and owned the auditorium. The quartet dressed in sharp suits and displayed even sharper wit, beating the barefoot Finn hands down.

I could see Finn having wide appeal to those yearning for familiarity.

After a few Finn songs, during a dash in the rain back to the percussionists at the Regent, I spotted the sign for A Moving Sound outside St Paul's Cathedral.

After hearing half a song from the Taiwanese band I was perplexed how these exciting musicians had failed to register on my radar, or anyone's radar, with just 40 people watching singer Mia Hsieh's effortless and captivating performance.

It was a crying shame the band had travelled so far for their performance to be so poorly attended.

Although I declared I wouldn't pick a favourite, I can say the most fun performers were the Belgrade musicians from Sisters In Arms. Although accordion playing and Serbian song might not be for everyone, it was delivered with infectious enthusiasm and the free performances they gave at the Farmers Market and impromptu in bars created a real festival atmosphere.

Well done to everyone involved with the festival. It was outstanding.