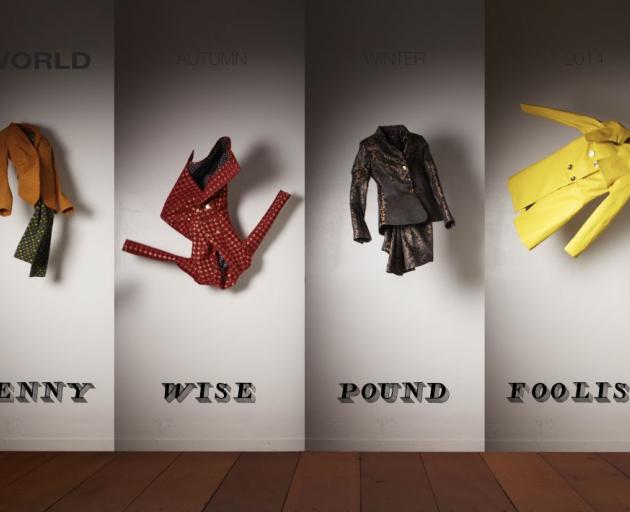 Founding designers Denise L'Estrange-Corbet and Francis Hooper were invited by iD organisers to show their work as this year's national guests at the week-long event.

The Auckland-based pair will travel to Dunedin to reveal their autumn-winter 2014 collection ''Penny wise, pound foolish'' as part of the 15th anniversary iD Dunedin Fashion Show at the Dunedin Railway Station.

Mr Hooper said the collection would first be shown to buyers in Paris, but iD audiences would be the first to see pieces modelled in a show.

''For us, that is what's really exciting. Clothes are boring on a rack, and it's exciting when you see them in a beautiful setting like the railway station and a great moment is captured,'' he said.

World's first and only other involvement in iD was in 2009, and Mr Hooper said it was thrilling to be invited back.

''iD Dunedin Fashion Week is the most characterful and interesting fashion week that we have ever been a part of. The atmosphere is electric and the audience is just the best.''

Mr Hooper said about a dozen mostly cocktail and evening dresses would be chosen for this year's iD show.

''The collection is a continuation of our story at World which is about dressing up.

''In New Zealand, we push against the grain. Our culture and society is very casual and dressed down, and so with every season and every collection we try to encourage that flamboyance of character to come out.''

In addition to World's showing on the runway, Mr Hooper will also be a judge of the iD International Emerging Designer Awards, which he said was the most important young designer event in the southern hemisphere.iD committee chairwoman Susie Staley said Dunedin audiences were lucky to be the first to see a collection ''straight from Paris'', and to get a taste for the future of New Zealand's high-end fashion.

''We're incredibly honoured to be part of World's revelation and can't wait to see what Francis and Denise have created,'' she said.