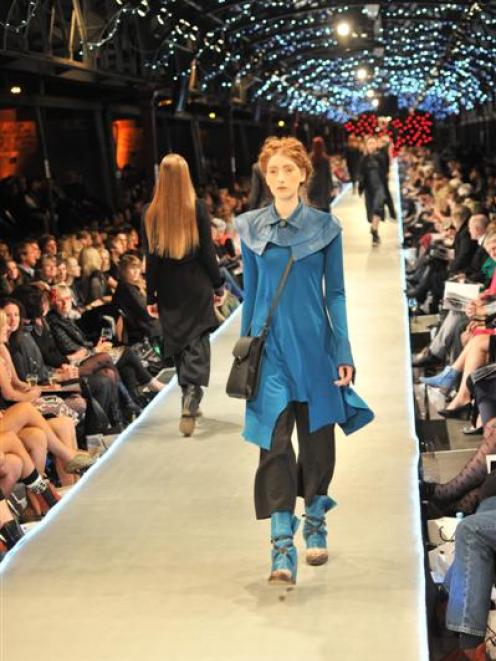 The week-long 15th anniversary event from March 29 to April 6 is likely to set records for spending as well as for international media coverage.

''Anecdotally, we have been told by fashion retailers that iD week is bigger than Christmas,'' iD committee chairwoman Susie Staley said.

''It is the second biggest week-long event in New Zealand and continues to attract more coverage, more high profile media and an increase of associated events year on year,'' she said.

The average spend per person included about $330 on fashion and $173 on hospitality.

An estimated $2 million was spent on retail, hospitality, transport and accommodation in Dunedin during the week.

That excluded transport to and from the city, and additional benefits to the wider Otago region.

Media coverage of the event and associated international exposure for Dunedin was estimated to be worth more than $6 million.

''iD puts Dunedin on the map for something other than sporting events, and is a unique event in New Zealand,'' Ms Staley said.

Typical iD show attendees bought clothes for the event and had their hair, nails and make-up done.

They wined and dined, took taxis and shopped.

As a result, the city was ''absolutely buzzing'', Ms Staley said.

This year, dozens of international designers and their supporters will travel to Dunedin from as far away as Croatia, China, Italy, India and the United Kingdom to take part in the iD International Emerging Designer Awards.

Flights and accommodation in direct association with the show alone were worth thousands, Ms Staley said.

Otago Chamber of Commerce chief executive John Christie said iD had become one of the most significant events in Dunedin.

''It is a signature event we know has a valuable economic contribution, and is also recognised well beyond our city both nationally and internationally. That kind of event is great to have in the mix, for a whole variety of reasons,'' Mr Christie said.

It gave them access to some of the world's top fashion designers and academics, as well as experience working towards major shows.

They met their counterparts from throughout the world, forged relationships which often led to employment and learnt things they could never grasp sitting in a classroom, she said.

''All our students work on the shows - our third-years especially. They become assistants to people like Stephen Jones and Hilary Alexander, and build fantastic skills and experiences for them to utilise throughout their careers.''

iD also brought academic fashion leaders from around the world together, to brainstorm and discuss the future of the industry, Dr Barton said.

''That sort of thing is really important.''

Dunedin Mayor Dave Cull said iD did so much more than put Dunedin on the map, such as facilitating the ''hugely beneficial'' relationship between Otago Polytechnic and the Shanghai University of Engineering Science.

It also highlighted the top-level design and intellectual property coming out of Dunedin, Mr Cull said.

''We wouldn't want anyone else pinching it.''

Ms Staley said iD had a solid future and would continue to grow exponentially.

Its already strong ties with the education industry would be further developed, she said.

''The emerging designer awards is a real growth area and we want it to reach its full potential, creating an international platform for new talent. Each year we are always trying to keep standards up as well as improve the whole week by adding events.''

Funding remained a challenge, particularly as iD competed for sponsorship against national events based in Auckland, Ms Staley said.

But there was a stable of ''truly supportive'' iD sponsors, for which she was ''forever grateful''.

''We are attracting a greater level of interest nationally and internationally, so we hope to attract more sponsorship at greater levels in future years. The future sustainability of iD depends on it,'' she said.

The Dunedin City Council was a major iD supporter and last year granted $80,000 to the event, which had a growing budget of more than $530,000 due to rising travel and accommodation costs as well as increased, larger activities.