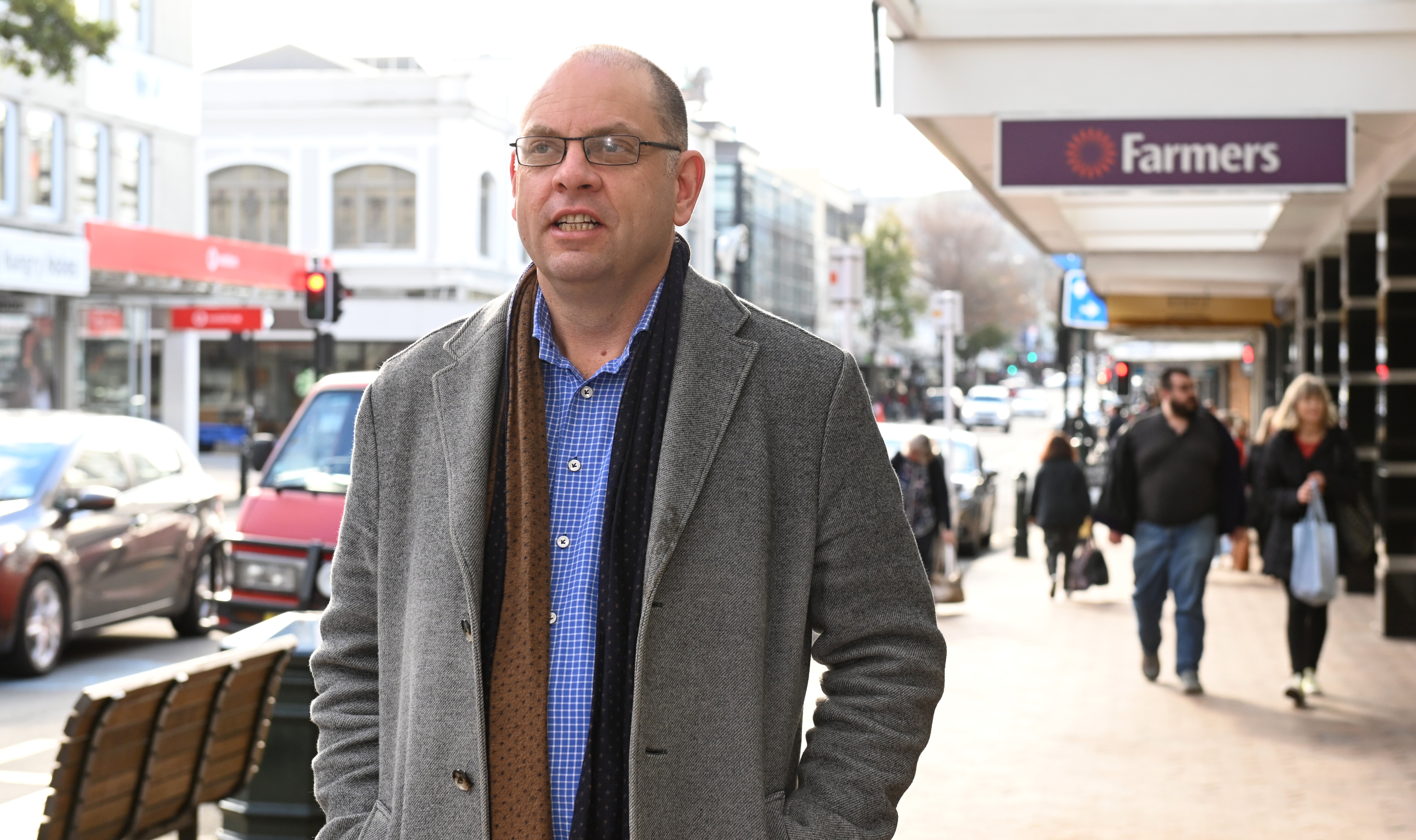 The development of Queen St in Auckland had caused anger among businesses there with the construction diverting traffic away from local shops.

The Dunedin City Council has committed $28 million to the redevelopment of George St and it would have much of the street turned one-way and priority given to pedestrians.

The council needed to "come to the party" with a transition plan to help retailers to avoid Auckland’s experience repeating, Mr Harford told the Otago Daily Times.

"We have seen examples all over the place of councils digging up streets and cutting pedestrian access for months on end.

"It is so critical that the council chunk it down and keep it manageable and keep traffic flowing as much as possible," he said.

Dunedin retailers were worried about the effect the construction work could have on their business, Mr Harford said.

"If you make it harder for shoppers to come to the shop, they just won’t come and that has a big impact on business.

"It is vital whatever happens down here, happens in a way that is manageable, preserves access for customers and is done quickly," he said.

Mr Harford suggested the George St development could be done in stages to minimise disruption.

"And move those stages along quite quickly is the challenge, although I appreciate it is not that easy but the business impacts are much larger," he said.

Mr Harford was in Dunedin yesterday speaking to the Otago Chamber of Commerce about the pressures facing retailers.

An extra public holiday, significant increases in the minimum wage, the cost of sick leave doubling, increasing cost of freight and global supply chain issues were some of the other pressures facing retailers nationally, Mr Harford said.

"Small businesses are ultimately the thing that drives the economy and if you look at it from a town centre point of view, it drives jobs, it drives vibrancy, it is the glue that keeps the city together.

"Ultimately the increase in costs across the board will hit shoppers’ back pockets," he said.

"Despite the increase in pressures, retail is performing much better anyone would have thought 12 months ago," Mr Harford said.

Online sales doubled after last year’s Covid-19 lockdown and were now 18 to 19% of all retail sales.

If DCC is involved it's a disaster...need I say more. Hawkins and council won't be happy until the CBD is empty of cars and businesses.

I agree with Greg Harford. Retailers need ample parking to attract clients. Otherwise, online shopping will continue to increase in a world where people are time poor. In my view, councillors who are listening to so-called experts are misguided.

There's plenty of parking . 4 parking buildings between the exchange and Frederick streets, parking lots scattered be around like filluel st , Frederick MD st , railway station etc etc plus on street options . If a disabled person with stroke related limited mobility like myself doesn't have an issue very often then anyone at least as mobile as myself and capable of walking up to 2 to 3 blocks shouldn't have a problem either . Problem. Is people are getting lazy and expect parks right outside the door etc.

This is what socialists do. They destroy to rebuild their idea of utopia. This is just what socialist do by definition. A fact. The problem being, those that destroy are not very good at building.

Misinformed. Socialists nationalise private business. There are no Socialists on DCC, there are a Green a Labour and women councillors to offset directive driving men. Tearing things down is a practice of developers.

A green councillor, I think you need to count again. A green mayor and a bunch of green sycophants makes a one policy, no real idea council

The construction period of councils destruction of George St may be severly disruptive. However the removal of easy access to shops and the reduction of buyers in the area is what will put paid to many businesses.

But the health and future of business simply doesn't matter to the greens zealots.

Nope, shoppers and businesses will just transition to areas out of the city center. But thats ok, the greens will get their no car vision. DCC "planners" will whoop with joy at another polka dot miracle. And the people of Dunedin will move on.

In Dunedin, but usually in Auckland?

Somebody should shout the DCC Councilor's a trip to Tauranga and Hamilton to view the damage this type of governance has done to their city centers. It is total destruction for their CBD's. Of course there are the big winners and maybe these Councilor's are shareholders in the big companies that do the large shopping center developments because this is the end result of car parking removal and pedestrianization in the city centers. Big shopping centers cannot exist without ample free parking and it works a treat because the parking is free and without the chance of getting a ticket for any type of parking offence. If the CBD project goes ahead the present thriving Dunedin City center will shrivel up and die within ten years just like Tauranga and Hamilton and the Council will spend mega dollars on rejuvenating the CBD to try and get foot traffic figures back to a viable level but it will all be to little to late. Mark my words!!!!

Green / Labour politics not on the left eh? What kind of political spectrum could that possibly be taken from? Most likely an Orwellian one. Four legs good, two legs bad. And the principle of some people being "more equal" than others. The left is ruining this country and this city.