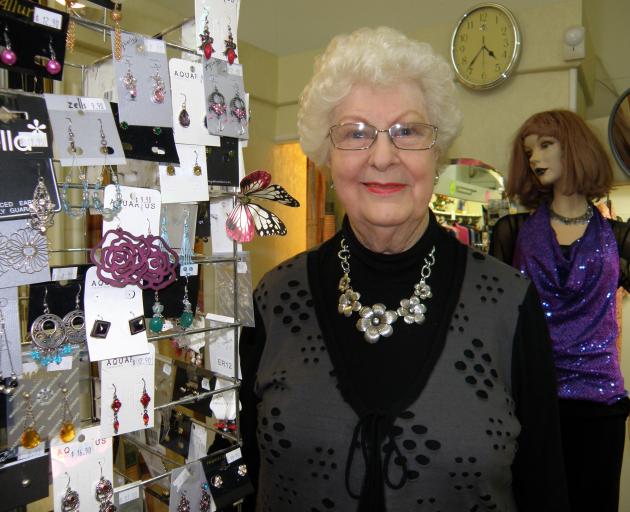 Estelle Rose owner Ethel Monaghan is pictured in the shop shortly before she retired in 2011. PHOTO: FILE
Ethel Monaghan, nee Gerken, will be remembered not only as a glamorous fashionista, but also as a warm-hearted and fun-loving woman.

Mrs Monaghan’s son, Steven, said his mother had an innate sense of style and was always immaculately groomed.

‘‘[She had a] wicked, earthy sense of humour,’’ Mr Monaghan said.

‘‘Mum treated everyone with the same respect and genuine care no matter what their circumstances.’’

Her daughter, Fiona Turipa, said her mother’s fashion sense was often ahead of its time.

‘‘[Ethel had] an infectious fun-loving personality who was the complete antithesis of a snob, despite her glamorous appearance.’’

Mrs Monaghan was born in Kaitaia in May 1930.

Her father was the lighthouse keeper at Cape Maria van Diemen and her mother rode along 90 Mile Beach on horseback to the maternity home.

The family of three moved to Knapdale when Ethel was 4 and then moved to Gore where her brother, George, was born.

After leaving Gore High School, her first full-time job was in the office at Columbus Radio in Gore.

‘‘Even at this early stage she was somewhat of a fashion icon, being one of the first young women in the area to wear trousers, referred to as slacks at the time, much to her father’s disgust,’’ Mrs Cavanagh-Monaghan said.

Once her children were at school, she began work at H&J Smith.

‘‘So began her journey as queen of the rag trade in Gore. ’’

Her next job was at Julie Howard Gowns, in Irk St, which later became Estelle Rose.

She eventually bought the business and ran it successfully for many years before deciding to retire when she was 80.

Her children described their mother as ‘‘her own best advertisement’’.

They recalled their arrival at the Cromwell races each year was eagerly anticipated by racegoers keen to see what their mother was wearing.

Estelle Rose was a huge part of her mother-in-law’s life, Mrs Cavanagh-Monaghan said.

She not only gave great fashion advice, she also became a friend and confidante to many customers.

‘‘She was a wise woman who was able to listen carefully and offer sound advice as well as being able to keep a secret — so much so that she was often the first to know of major life events such as engagements and pregnancies as well as things that were causing her customers angst.’’

People were naturally drawn to her down-to-earth personal warmth and empathy and her great sense of fun.

‘‘A key requirement of working with Ethel was having an excellent sense of humour and gales of laughter could frequently be heard coming from the tiny back room adjacent to the counter.’’ 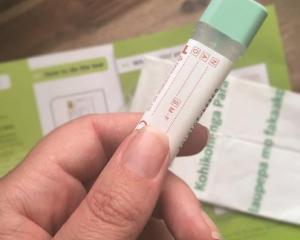