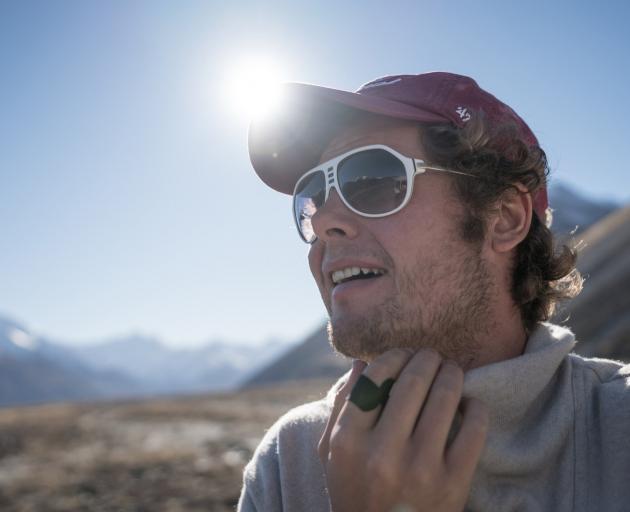 Wool+Aid founder Lucas Smith is excited about the next phase of the business. PHOTOS: JULIAN APSE
Young entrepreneur Lucas Smith’s ambition to not only heal wounds but help heal the world has taken a leap forward with a successful $1.5million capital raising. 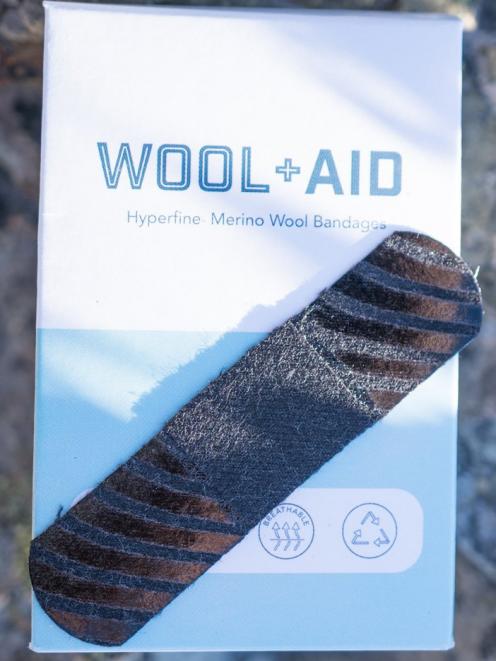 A Wool+Aid plaster.
Mr Smith (26), who divides his time between Tekapo and Christchurch, is the founder of Wool+Aid, an innovative merino wool sticking plaster and bandage company which has attracted the interest of some serious investors.

That included VMG Ventures which has invested in a substantial portfolio of angel investments in an equity partnership with businessman and angel investor Sir Stephen Tindall.

Other investors included Mr Smith and his family’s Ministry of Merino, and 42 Below Vodka founder and now owner of Lake Hawea Station Geoff Ross.

Pathfinder KiwiSaver, New Zealand’s first dedicated ethical fund manager, announced it would invest $200,000 in the company, describing the product as a "potential game changer in its category".

"It is a sustainable product in a multibillion-dollar global market which is definitely worth investing in," Pathfinder head of investment Paul Brownsey said.

Mr Smith said the investment would allow it to roll out its global IP "to the next level", product development and build its team "to make it all happen".

To lead the company in its expansion phase, Louise Cunningham, previously chief marketing and customer officer at My Food Bag, had been hired as chief executive and several other positions are to be announced.

It took five years to get a global patent and sales would start initially in New Zealand, followed by the United States, United Kingdom and Canada and then further afield.

Mr Smith’s interest in the wool industry began over the summer of 2013, when he ended up working on a station in the Mackenzie, on a quest to pay his way through tertiary studies. He developed a passion for merino wool.

While working as a mountain guide, he realised he was sick of dealing with people’s feet, especially infected feet, which led to the development of Walk On merino wool blister protection pads.

Being in the mountains also led him to thinking about how there was an opportunity for merino wool to have a use in a medical platform. Wool+Aid bandages and plasters were naturally hypoallergenic, antimicrobial, quick drying, comfortable, moisture wicking and flexible, as well as being sustainable.

It was heartening to see people of the calibre of the company’s investors willing to back the next stage of what Mr Smith described as an "eco-agri revolution".

Three or four years ago, Wool+Aid would not have been able to do what it was doing and he was grateful for the people around him.

Consumers were increasingly questioning what they were putting in and on their bodies and Mr Smith said he could not understand why people would want to use a petrochemical-derived system.

"We just want to get rid of plastic. It’s such a terrible product," he said.

Wool+Aid was believed to be the only company in the world producing woollen plasters and bandages. When he first left mountain guiding in 2016, he got a $10,000 grant from Ngai Tahu and spent it on a freedom to operate document.

That showed there were no existing products but, unconvinced, an IP lawyer in Texas was hired and did an even more thorough search and established the company had found a niche. It was unique meaning the company could not sell any product until the global patent was filed, Mr Smith said.

"It’s just one of those things that got missed for whatever reason."

Wool+Aid had plans for other products, extending into veterinary and more general wound care management.