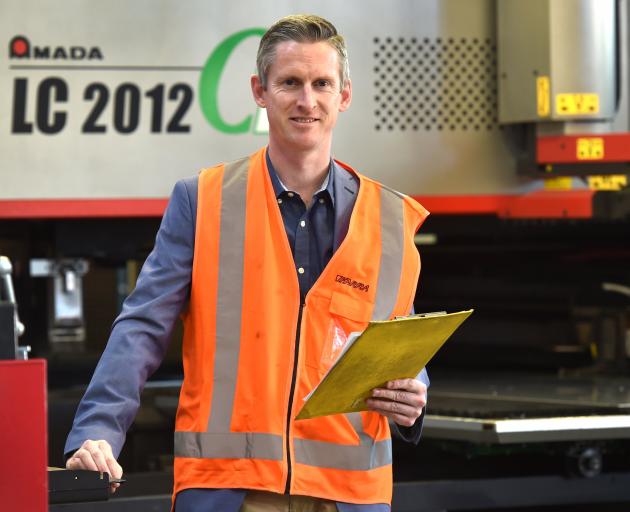 Gareth Evans
A proposed new Dunedin engineering hub has secured $200,000 government funding to undertake a feasibility study, with a goal of hundreds more jobs for the city.

Yesterday, he said the Ministry for Business, Innovation and Employment had visited Dunedin this week and granted the $200,000 funding. That would go towards a consulting firm, which was scheduled to be finalised and announced next month.

The grant was made from the Government's $3 billion regional development fund.

"We need to know where to invest the productivity gap, as New Zealand is one of the lowest in the OECD [Organisation for Economic Co-operation and Development], so we need to support industry to close that gap," Mr Evans said.

The feasibility study is to build a further business case for the new hub.

"We're looking for a bigger [financial] commitment down the track," Mr Evans said.

The "main areas" where Mr Evans sees the hub operating is in gaining work from New Zealand and Australian defence contracts, the rail sector, renewable energy and construction.

Just a small part of Australia's $A200billion ($NZ218billion) spending during the coming decade could transform into hundreds of jobs locally, he said.

He said projects that could be well suited to the hub could include the new $1.4billion Dunedin Hospital construction project, and the proposed, wide-ranging upper harbour redevelopment.

Ultimately, if the feasibility study was successful, Mr Evans wanted to see combined investment from the industry, Government and educators, potentially a multimillion-dollar boost.

While investment covered aspects of being able to compete for more work, Mr Evans saw education and staffing high on the agenda, which could also include foreign talent being sought.

"We need the training, people and equipment to drive efficiency," he said.

Opportunities would be delivered by the proposed Engineering Hub by nationally co-ordinating the roles, activities and capabilities of Government, educators and industry.

He said the study would start next month and was expected to be complete by February, with recommendations on what form the hub should take, or potentially an alternate model.

He said of the education component, the hub would be looking to work more closely with universities, polytechnics and Competenz, an industry training organisation which works with more than 3500 companies in 36 industries.

"Education programmes are needed now to fill the skills gap," Mr Evans said of the hospital and harbourside developments in Dunedin.