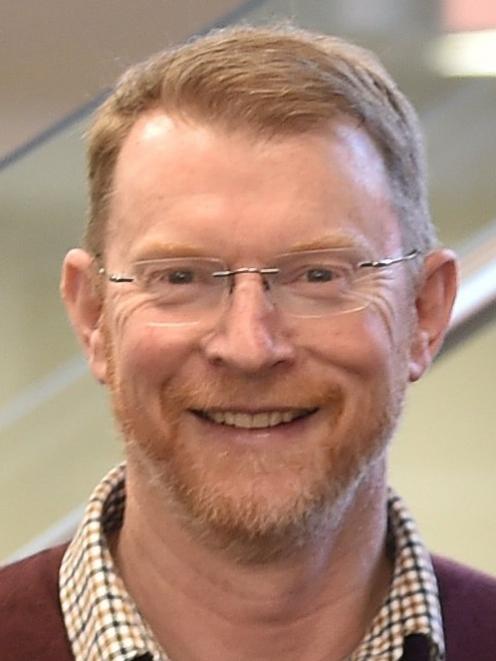 Dr Peter Amer. Photo: Peter McIntosh
A partnership between Dunedin-founded agribusiness consulting company AbacusBio and multinational company Bayer concerning predictive plant breeding has been expanded — and the collaboration is now up for an award.

The deal was originally announced in September last year.

Under the agreement, Bayer incorporated AbacusBio’s expertise in trait prioritisation and valuation to advance products that anticipated grower and market needs.

Following a successful year of collaboration, the two parties agreed to expand the partnership and those involved said it was expected to have a far-reaching impact along numerous crop supply chains.

Yesterday, AbacusBio partner Dr Peter Amer said it was the biggest contract his company had ever had with a single client.

The collaboration would expand row crops across broader geographies and would also include various vegetable crops.

Through computational integration of economic, grower preference and socio-demographic data, AbacusBio technology could improve the predictions of how products would meet market needs.

The success of the partnership has been recognised by the IHS Markit’s Crop Science awards, as a shortlist nominee for Best Industry Collaboration of 2021.

Dr Amer said the scientific tools being used by Bayer were at the cutting edge of technology and AbacusBio was wrapping its trait prioritisation expertise on to an incredibly sophisticated, high investment model.

AbacusBio had recruited more staff to work on the project and, while there were a lot of time zone challenges, Dr Amer said he was very proud of those involved, their teamwork and willingness to ‘‘go the extra mile’’.

Dr Tim Byrne, who is based in AbacusBio’s Edinburgh office, said the first year of collaboration had demonstrated the benefits of combining AbacusBio’s expertise and Bayer’s wealth of data were significant.

‘‘Now, working with Bayer to apply the solutions we are building to a broader range of crops is very exciting,’’ he said.

The collaboration would also focus more deeply on genetic gain for global sustainable farming practices and for smallholder farmers.

Dr Mike Graham, head of plant breeding at Bayer Crop Science, said innovation did not happen in a vacuum.

Expanding beneficial partnerships, like what it had with AbacusBio, brought together ‘‘the brightest minds to tackle agriculture’s biggest problems’’.

We’re headed toward a future where decisions about our food future are made in closed boardrooms by executives putting profits before people.
A small handful of corporations control the world’s food industry from farm to fork. This means a few powerful companies dictating what farmers can grow and how—and almost no choice for consumers. Six corporations—Monsanto, DuPont, Dow, Syngenta, Bayer and BASF—control 75 percent of the world pesticides market.