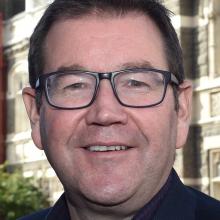 Grant Robertson
The strength of the Crown’s financial accounts gave the Government the ability to respond to shocks like the cattle disease Mycoplasma bovis, Finance Minister Grant Robertson said yesterday.

The strength of the surplus enabled the Cabinet to stand alongside the dairy industry for the one shot at eradicating the disease.

Mr Robertson said the surplus for the 10 months ended April was slightly higher than expected.

The operating balance before gains and losses (obegal), the Government’s preferred measure of financial strength, was a surplus of $3.4 billon, $159 million higher than forecasts.

Net debt was now 22.1% of GDP, exactly in line with the Budget forecast. The forecasts showed net debt falling to 19.1% of GDP within five years, he said.

"The Budget Responsibility Rules require us to reduce net debt to 20% of GDP within five years of taking office."

The financial accounts showed core Crown expenses were $259 million below forecast in the period. Core Crown tax revenue was in line with the Treasury’s forecasts at $65.3 billion, up slightly on the Budget forecast.

Source deductions were $200 million above forecast owing to a higher-than-expected seasonal swing in April, something likely to reverse when the May documents are published.

Corporate tax was below forecast by $100 million, mainly owing to fluctuations in provisional tax assessments, also expected to reverse in May.

In addition to the obegal result, net investment gains of $4.7 billion were recorded to April 30, in line with forecast.

The Treasury said the gains were mainly made up of the Government’s largest investment portfolio managers, the New Zealand Superannuation Fund and ACC.

When total gains and losses were added to the obegal, the operating balance excluding minority interests was a $6.5 billion surplus.