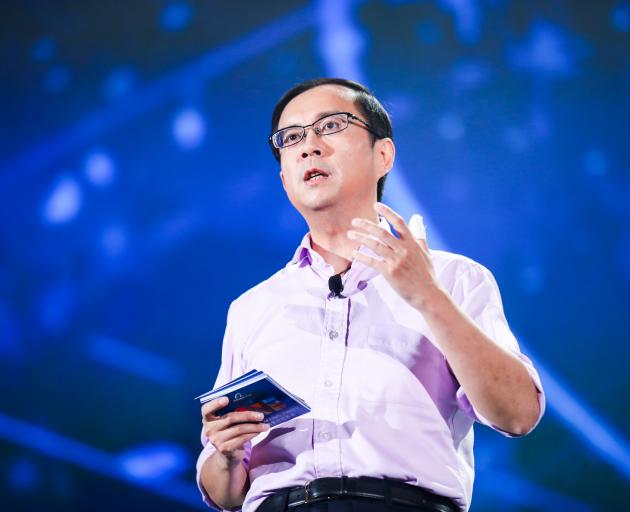 Daniel Zhang of Alibaba. Photo: Getty Images
Alibaba Group chief executive Daniel Zhang will meet business leaders and government agency heads, but does not have any formal ministerial meetings planned during his trip to New Zealand.

The Chinese e-commerce platform has invited government agencies to several events at which Mr Zhang will speak to New Zealand businesses about Alibaba's own enterprise and global initiatives,

Mr Zhang will also co-host a lunch with New Zealand Trade and Enterprise head Peter Chrisp for chief-executive-level representatives at "a number of leading New Zealand businesses and government agencies", a spokeswoman for the Ministry for Foreign Affairs and Trade said in an emailed statement yesterday.

"Given the business focus of Mr Zhang's programme, at this stage he is not scheduled to meet any ministers," she said.

The visit comes before the May 14 China Business Summit, at which Alibaba managing director of Australia and New Zealand Maggie Zhou will deliver a keynote speech on the changing nature of retail in China.

In 2016, Alibaba and NZTE signed a memorandum of understanding for discussions to strengthen trade between the two nations in a ceremony overseen by then prime minister John Key and Alibaba executive chairman Jack Ma.

E-commerce was an area both countries agreed fell within the scope of negotiations for the upgrade to the nations' existing free trade agreement.

Mr Zhang's New Zealand trip is hot on the heels of Mr Ma's brief visit in February, when he checked on a local farm investment in the Waikato region.

The Alibaba chief executive's visit is more formal and follows a trip to Australia earlier this week, where he spoke of the opportunities for exporters to take advantage of China's growing consumer appetite for imported goods and played down the impact political tensions between Australia and China were having on business.