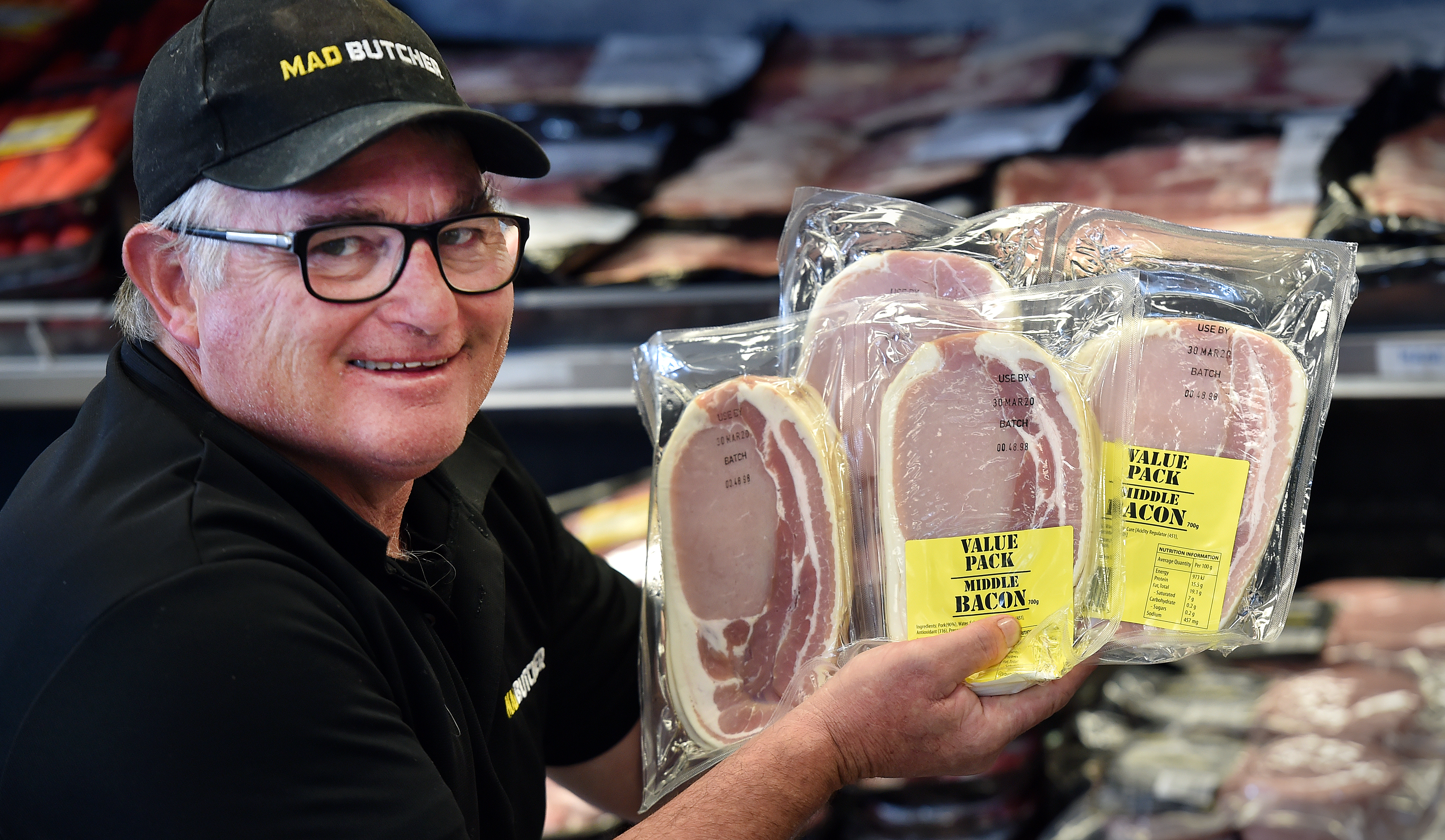 Mad Butcher Dunedin manager Steven Fleming. PHOTO: PETER MCINTOSH
It is getting tougher to be a meat eater, as price surges of 21% for bacon, 14% for lamb chops and 13% for beef mince have contributed to the largest annual rise in food prices for eight years, Stats NZ says.

The agency said beef and blade steak prices reached all-time highs last month, pushed up by increased export demand from China, which has had more than half of its pig population wiped out by the African swine fever (ASF) epidemic.

Meat Industry Association data showed that China took 57% more New Zealand red meat last year, importing $3.7billion worth of meat, of which almost half — $1.7billion worth — was in beef products.

In the pork market, New Zealand produces about 40% of the 110,000 tonnes it consumes, the bulk imported from North America and the EU.

NZ Pork general manager David Baines said about 85% of imported pork products were used in bacon and the rest in other processed food such as ham, sausages, marinated and injected pork products.

"ASF has put considerable pressure on international pork supply, with consequent price rises. The better return has been a welcome relief to New Zealand farmers, who had continued to face margin challenges to meet growing volumes of imports from countries which do not have to meet New Zealand’s high animal welfare standards."

"Restaurant and ready-to-eat meals increased 3.4%, while fruit and vegetable prices were up 2.7%."

Poultry prices had remained flat, while fish and other seafood prices were up an average 4.1% year on year.

Mrs Johnson said increases had been partly offset by decreasing prices for iceberg lettuce, down 34%, onions, down 15% and honey, down 21%.

This was not enough to counteract New Zealand’s largest increase since September 2011, when prices increased an average of 4.7%.

"That was influenced by a rise in GST during the period," Mrs Johnson said.

Dunedin Mad Butcher manager Steven Fleming said there were a number of different influences, including increased demand from the US and Australia, which had lost a lot of stock.

"Our customers are definitely on the hunt for specials. Our pork is supplied by a single distributor ..so buyers do get the advantage of our bulk buying."

General food prices for the month of January rose 2.1%, driven by fresh produce increases, including a 68% increase in strawberry prices, a 22% jump in apples and a 58% jump in broccoli.