Maori assets present an opportunity to maximise economic returns and human capital. Photo: ODT.
Beginning with the allocation of fisheries quotas in 1992-93, the Waitangi Tribunal treaty-settlement process has started to redress some of the harm caused by the confiscation of Maori land by the Crown. 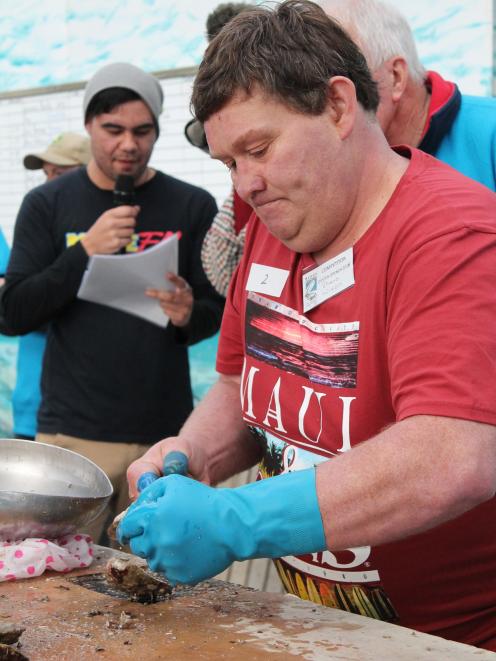 Shane Wixon, of Ngai Tahu Fisheries, on his way to winning the men’s oyster opening competition and the Bluff Oyster Festival in May. Photo: Petrina Wright.
Settlement values (in nominal dollars) total about $1.9 billion, according to the Office of Treaty Settlements.

In recent years, the scale and regularity of settlements had increased as the Crown aimed to complete the process, he said.

Two-thirds of settlement value was agreed in the five years from 2010 to 2015.

In 2013, Te Puni Kokiri (TPK), or the Ministry of Maori Development, estimated the size of the Maori economy at $42.6 billion, or 6.1% of the New Zealand total.

The TPK study pointed out the Maori asset base was spread across several industries, as one would expect given Maori played a role across the economy, Mr Norman said.

Some of the highest asset concentrations were in agriculture, forestry and fishing.

The large asset value in rental, hiring and real estate services was predominantly the result of property ownership.

Of the asset base, a key point was the vast bulk, about 70%, was held by Maori who were employers or were self-employed.

The remaining 30% was  held by collectives.

The estimate of the Maori asset base was well-known.

Many sector leaders spoken to by Mr Norman could quote the approximate dollar value.

"But the opportunity that presents itself is to maximise economic returns from these assets. As several sector leaders pointed out, economic returns in the purest sense mean not only financial returns on investment but also opportunities to develop human capital while providing the cultural, social and environmental benefits Maori derive."

That was particularly true from the association Maori had with the land.

Maori tended to view economic development from the perspective of  the collective,  rather than one individual, Mr Norman said.