Bid for $400m KiwiRail contracts nigh 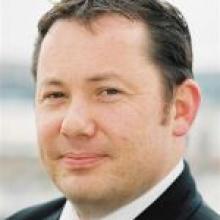 John Christie
The campaign for Dunedin engineering firms to gain some of the nearly $400 million KiwiRail plans spending on new rolling stock begins in earnest on Monday with the release of an economic report.

The report, prepared by forecasting agency Berl, has been commissioned by the Rail and Maritime Transport Union, which represents workers at Hillside Workshops and the Dunedin City Council.

Discussions have been held about whether New Zealand has the capacity to build the rolling stock in the timeframe suggested by KiwiRail's industry engagement unit.

One man who has no doubt that New Zealand, particularly the Hillside and Woburn workshops, can deliver is Otago Chamber of Commerce chief executive John Christie.

Mr Christie chairs a working party in Dunedin that has been quietly building support for KiwiRail to seriously consider building the EMUs and locomotives in New Zealand.

Mr Christie next week meets KiwiRail chief executive Jim Quinn to invite him to Dunedin to hear first hand about the capabilities and capacity of the city's engineering sector.

It appears Hillside, supported by Dunedin engineering firms, does have the capacity and capabilities to meet KiwiRail's requirements.

"Not too many people in Auckland know what we are capable of. We have identified that 70 businesses locally have a relationship with Hillside. The benefits of getting some of these contracts benefits not just Hillside, but many suppliers in the city," Mr Christie said in an interview.

"We are trying to secure what we can for the city in terms of jobs."

The benefits to New Zealand, and Dunedin, of gaining the work would be huge, he said.

The Dunedin working party had considered a series of options relating to the tender process and not all of them hinged on Hillside getting all of the work.

"We have identified several options that benefit the city. The economic benefits to the city and country to keep the work here are immense. It has united the working party across political boundaries," Mr Christie said.

KiwiRail will call for expressions of interest worldwide and the decision will be made by its board and the chief executive.

The Otago Daily Times understands the timeframe KiwiRail is using for the rolling stock purchases gives enough time for New Zealand workers to be trained for the job.

So far, it appears unlikely that KiwiRail will consider sourcing rolling stock from quality western suppliers, including those in New Zealand.

Asian suppliers were the most likely to provide the lowest pricing, but there was general concern that ongoing maintenance costs of the units sourced from Asia would be higher.