During a visit to Dunedin biotech company Botry-Zen, Mr Hughes said the timing was right for promoting the use of biologicals on the world stage.

Botry-Zen manufactures and exports natural and biological fungicides for the control of diseases in sectors such as wine and kiwifruit. 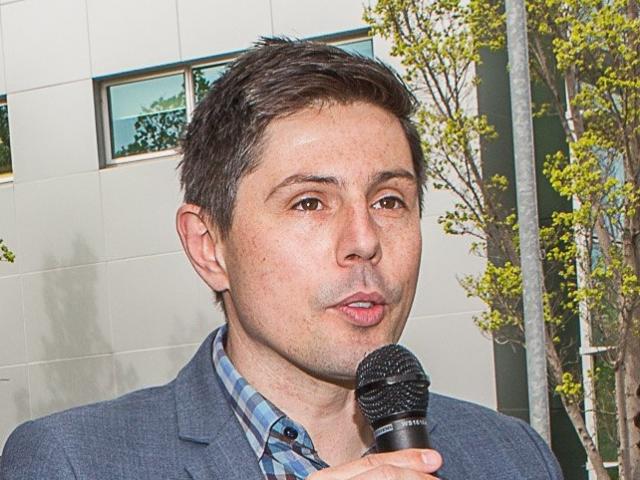 Gareth Hughes
The core of its product range is a naturally occurring fungus, developed and managed by the New Zealand Institute for Plant & Food Research, which acts to smother pathogens, not allowing them to take hold in plants.

''At government level funding is available for promoting innovations like this which promote productive, regenerative and organic solutions where agrichemicals have commonly been used,'' he said.

There were ''significant'' funding avenues available for taking innovations to the commercial stage and support for export markets, including the new Green Investment Fund, a $100million fund intended to stimulate new private sector investment, he said.

''We are seeing a very real move away from agrichemicals globally and towards organics, so there is a definite opportunity to promote these type of solutions on the world stage,'' he said.

Botry-Zen was formerly listed on the NZX, but was delisted and went into receivership in 2010. It was subsequently acquired by Dr Tak Hung of Dunedin-based contract research company Zenith Technology.

Operations manager Peter Foster said the new streamlined company, which had four full-time and two part-time staff, had focused on building the export business particularly into the core US market as well as Korea and was in the process of registering in Canada, Europe and South Africa.

About half of its sales were in the New Zealand horticulture sector via resellers such as Farmlands and Fruitfed and the company had recently launched a product range into local retailers.

''It's small beginnings but our aim is more about building the brand and educating people who otherwise aren't familiar with these products,'' marketing co-ordinator Merlissa Leslie said.

The products were priced at around the $19 level in store, while growers could expect to pay about $42 a kg, with an application rate of around 4kg per hectare for grapes and 6kg for kiwifruit, she said.

Mr Foster said the aim was to produce an effective alternative to conventional products which offered new generation, residue-free products to crop growers to help combat plant disease in line with international trends.

The company was planning to expand beyond the organic niche with products that any grower, whether organic or conventional, was able to use on an ''off label'' basis, he said.

Mr Foster said the company was testing its product on a cherry orchard at present, with good results.