Budget expected to stick to rules 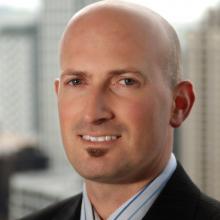 Nick Tuffley
The Government’s first Budget on Thursday would adhere strictly to the Budget Responsibility rules, including a projected return of net Core Crown debt to 20% of GDP within five years.

Consistent with this, the Government announced it has found different priorities for about $700million in spending over four years, including a halt to irrigation subsidies.

ANZ economist Miles Workman said while $700 million was not a large number in the grand scheme of things, it confirmed the Government remained committed to achieving its debt target.

"Given tough trade-offs about spending priorities, it seems unlikely they will be aiming to overachieve on that front. We expect some strong messaging around spending pressures and the need to push these targets to their limit."

The Minister  had been at pains to point out the Government would continue to work within the fiscal parameters it set itself ahead of last year’s election.

But the new Government had been forced to scale back some of its spending plans, he said.

Since coming into power, the Government had revealed funding pressures in key priority areas such as health, education and housing.

In order to meet those pressures while keeping to its fiscal plan, Budget 2018 was expected to find room for spending in those key areas, but not a lot elsewhere.

Budget 2018 also marked the first time the Treasury’s Living Standards Framework would be reported on.

The framework was a way of looking at wellbeing in a broader sense than the normal financial focus of the Budget.

"The Government sees this approach as a core element of how it will create our future Budgets and measure progress."

To enable that, Budget 2018 would incorporate aspects of the Living Standards Framework (LSF).

The LSF was based on an OECD framework. It focused on measuring New Zealand’s success in developing and maintaining four capitals — financial and physical, human, social and natural. By using the LSF, the Government had stated its aims to give a broad measure of how government policy was improving the wellbeing of New Zealanders, Mr Tuffley said.

"To a degree, on Budget day, this will be a venture into the unknown."

Reporting on such indicators could be included in Budget 2018. However, given it was the first time the LSF would be used, it was likely the Budget would be used to set the benchmark for future Budgets, he said.

Mr Workman said government revenue should get a small bump from the new Amazon tax, the removal of negative gearing on investment property and the targeting of foreign and multinational companies for tax.

Also, the starting point for the Government’s books was much stronger than forecast in the 2017 Half-Year Fiscal Update.

For the nine months ended March, core Crown tax revenue was running $1.1 billion ahead of forecast and expenses were slightly below forecast.

The core Crown residual cash deficit was $1.4 billion narrower than forecast at $1.6 billion and core Crown net debt was running at 21.4% of GDP compared with a forecast of 22.2%.

The positive surprise in tax revenue was expected to persist into the last quarter of the fiscal year.

The higher starting point and the small bump in revenue together provided the Government with a few options, he said.

If capital allowances were unchanged, any new spending would be operational, which could be reflected in higher operating allowances or incorporated directly into base lines.

Natural: This refers to all aspects of the natural environment needed to support life and human activity. It includes land, soil, water, plants and animals, as well as minerals and energy resources.

Social: This describes the norms and values underpinning society. It includes things like trust, the rule of law, the Crown-Maori relationship, cultural identity and the connections between people and communities.

Human: This encompasses people’s skills, knowledge, and physical and mental health. These are things which enable people to participate fully in work, study, recreation and in society more broadly.

Financial and Physical: This includes things like houses, roads, buildings, hospitals, factories, equipment and investments. These are all the things making up the country’s physical and financial assets which have a direct role in supporting incomes and material living conditions.