Cavalier Bremworth circles back to wool 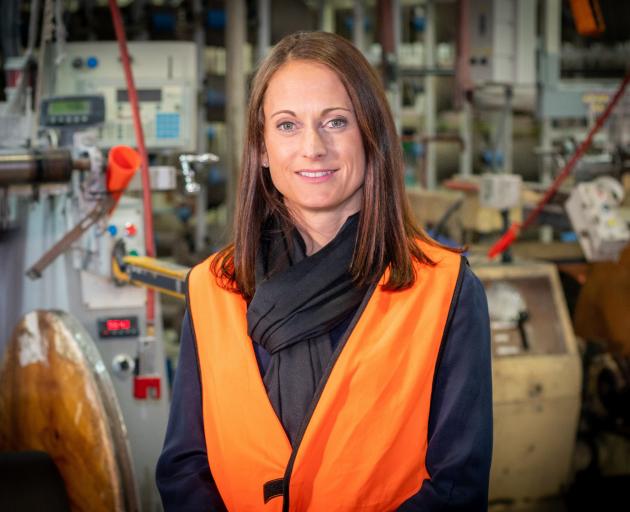 The carpet manufacturer - which dates back to the foundation of Bremworth Carpets by Doug Bremner in 1959 - has circled back to New Zealand wool as it responds to shifting consumer patterns and demands for sustainable products.

After a 20-year period of change, coinciding with the rise and rise of cheaper synthetic imports, the company is now operating in a market where New Zealand sales of woollen carpets have shrunk to less than 15% of the overall market.

In response, it has streamlined its operations through the sale of uncompetitive assets such as its Australian carpet tile business, as well as its wool scouring business interests in New Zealand, refocusing on innovation and marketing.

This has come at a cost, and last year - during which the company absorbed a non-cash loss of $11.9million on the sale of its wool scouring interests - net losses amounted to $16.8million off revenues of $135million.

Last year Cavalier bought about 30,000 bales of wool from local growers, across both the North and South Islands, through its wool buying business Elco Direct.

To bolster its returns from that raw material, Cavalier this year enlisted the help of New Zealand Merino, not only hoping to tap into its wool supply chain, but also to help it tell its unique marketing story.

The quality attributes of New Zealand wool are at the heart of that story.

"There is no doubt that consumers are more conscious of the environmental impact of petrochemical-based products, tangibly reflected in concerns over plastic bags and synthetic textiles, so natural fibres are the obvious alternative," says Cavalier Bremworth group marketing manager Rochelle Flint.

She said this was reflected in growth in demand at the premium end of the woollen market in particular.

"As a company we boast half a century of expertise in wool manufacture and design, and remain one of the few companies worldwide with the skill and expertise to create beautiful felted wool carpets."

Ms Flint said another major influencer of purchasing decisions was at the design end.

"A lot of the growth we're seeing, particularly at the premium end of the market, is style related. There is more texture coming into flooring and that's wool's sweet spot, because at the moment there aren't synthetic alternatives offering a textured loop appeal."

She said while the company was now producing products aimed at the more "price sensitive" end of the market, the focus remained on the niche market.

The company had also launched a range of new products, including rugs, prompted by the global trend towards hard floorings.

"Hard flooring - and the increasing choice of hard floor options - has made it a more popular option, particularly in newer homes.

"However hard floors in living areas can be a little naked without a good quality rug, so we've come up with a range of beautiful rugs that can define a space, act as sound absorbers and really just add layers of depth."

Ms Flint said a major focus was also into "reeducating" the sales end of the market as to the benefits of wool, which included regular engagement with retailers and the introduction of an in-house developed "wool training" module.

Cavalier is not alone in trying to explain the merits of wool to people who have potentially lost touch with the merits of natural fibre.

"The messages are simple, premised on the fundamentals of style, people and planet, but backed by case studies and research, to give frontline retailers and others throughout the supply chain the confidence to promote crossbred wool as a truly sustainable, naturally occurring fibre," said WNZ executive director Mark Shadbolt. 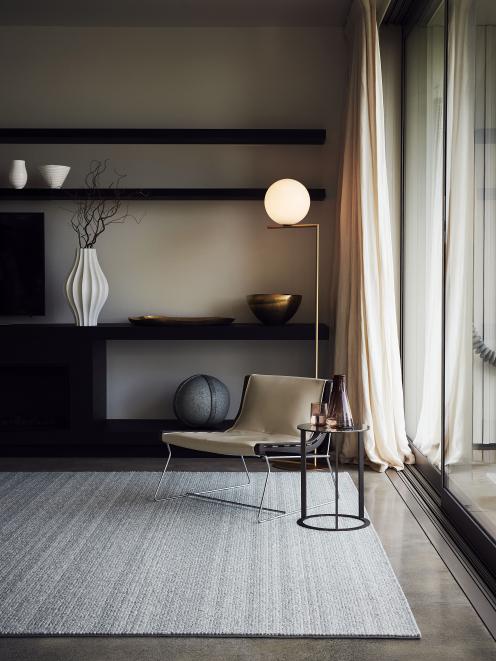 A new range of chunky loop pile carpet from Cavalier Bremworth’s Aspire Collection.
"Wool is just a miracle product - it is biodegradable and non-allergenic, removes carbon and doesn't release microplastic pollution, it is fire retardant and naturally resistant to stains.

"Our challenge is to make people truly understand that."

Mr Shadbolt, a wool grower himself, said the underlying motivation was to reconnect global consumers with strong wool, which makes up around 90% of New Zealand's overall clip and has long been suffering from volatile returns.

Gavin Danks, senior product adviser with New Zealand retail group Carpet Court, said about 10% of what the company sold was wool, of which 80% was produced in New Zealand.

He said while there was a growing choice for woollen carpets, the price point for natural carpets remained as one of the resistance levels, which was generally about 30% higher than for the equivalent synthetic product.

"The perception, though, is there is a lack of innovation in the market. There are some felted mix carpets but in general there's little to compare on the basis of quality or colour range," he said.

He said while it did tick the locally made, environmental boxes, the public's perception was that wool stained more easily, it faded in sunlight and it was prone to bugs eating it.

Hence the popularity of new synthetic ranges such as "Rhino" carpet, on the back of their indestructibility.

The foundation of Rhino is a man-made fibre called SmartStrand, a line of broadloom produced by global flooring conglomerate Mohawk.

The fibre itself though is made by DuPont - the makers of Kevlar, Tyvek and styrofoam.

SmartStrand's key ingredient is Sorona, which according to DuPont is a co-polymer of triexta, or polytrimethylene terephthalate.

Carpet salespeople also like it because it ticks the environmental box, in that around 37% of the product by weight consists of corn starch.

The other 63% is made with petroleum-based ingredients, which, Sorona admits is "neither biodegradable nor compostable."

However, backed and bankrolled by the DuPont marketing machine, it has taken off on a global scale, used not only in US Mohawk and Rhino carpet but also across a range of clothing and automotive fabrics.

DuPont and other "polymer developers" are not sitting still either, looking at how they can develop other blended fibres with better environmental credentials.

This could easily include wool-based blends.

Ms Flint said within an evolving, competitive international landscape, Cavalier would continue to focus on one of its key competitive advantages, its felted yarn technology.

"For us it's always been about quality over quantity. Consumers are more aware over their environment and the cost of buying cheaper, shorter term options.

"As a trend, this should see a rise in the popularity of products that are both beautiful and stand the test of time."