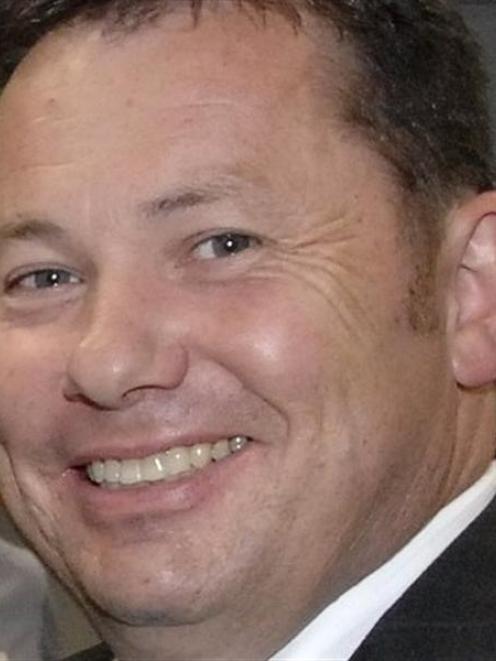 John Christie.
A Dunedin company has secured a significant trade deal exporting to Shanghai, and more are predicted to follow as the city's relationship with China continues to grow, the Dunedin City Council says.

The Otago Daily Times understands the company is the Green Island-based oat mill Harraways, but staff there declined to comment yesterday.

In January, the company sent two container-loads of oat products to a Hong Kong retail chain as a trial order, amid hopes the 50-tonne shipment could open doors and help expand its market in the territory.

Enterprise Dunedin director John Christie would not name the company but told yesterday's meeting that Project China and the burgeoning sister city relationship with Shanghai were delivering results for Dunedin.

That included the ''reasonably significant'' trade deal secured by the company, but also significant discussions between the University of Otago's research and enterprise division with a technology park in Shanghai, he said.

Those talks were ongoing but the two sides were ''very close'' to signing commercial deals that would lead to new products being shipped to China, as well as new research collaborations, he said.

However, Mr Christie said the environment was now emerging as a new area of potential collaboration, with ''significant opportunities'' for partnerships. So, too, was the potential for Ngai Tahu to explore potential tourism opportunities arising from the most recent trip to China, he said.

Deputy mayor Chris Staynes, the chairman of the Grown Dunedin partnership, said some ''outstanding opportunities'' had been identified and would be pursued.

These included securing a larger slice of the $60 million a year authorities in Shanghai spent helping their students to study abroad, he said.

''Clearly, for us, one of the objectives must be to get some of Shanghai's students ... down here studying in Dunedin.''

His comments came after Dunedin Mayor Dave Cull led an 11-strong delegation, including education sector and Ngai Tahu representatives, on a two-week trip to Qingdao and Shanghai in October.

The visit secured a suite of new agreements and marked the 20th anniversary of the signing of the sister cities agreement between Dunedin and Shanghai.

Mr Cull told yesterday's meeting Dunedin's relationship with Shanghai was already recognised as an ''exemplar'', but there was more good news to come.

Council chief executive Dr Sue Bidrose, who is in China, would be returning today with more evidence of the ''incredible strength'' of that relationship, he said.

''I think we are on the threshold of making a quantum leap in the level of our relationship with Shanghai,'' he said.