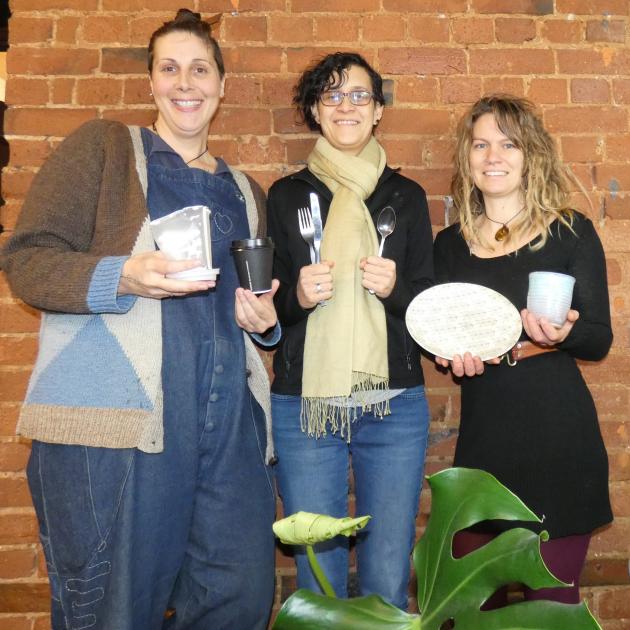 They plan to create a ‘‘ReWash’’ truck that would be a portable wash station, enabling cutlery, plates and cups to be washed and sterilised.

Res.Awesome kaiwhakahaere (director) Fiona Clements said the truck would include a water tank and a commercial grade dishwasher.

‘‘We decided that we wanted to put it on the back of a truck instead of a trailer, so it really had the ability to be self-contained and go anywhere.’’

The truck would be able to store grey water until it could be properly disposed of and there would be storage for crockery and cutlery.

Vendors would be provided reusable plates, bowls, cups and cutlery to serve their customers, which would be returned to the truck for cleaning.

Res.Awesome had secured $24,000 in funding from the Dunedin City Council’s waste minimisation innovation and development commercial grant and a further $5000 had been given by The Packaging Forum.

‘‘But that is only enough for the stuff that goes in the truck, like the steriliser and tanks, but it is not enough to purchase the truck itself.’’

This would cost a further $20,000  so a givealittle page had been launched to help raise funds.

The aim was to use the truck at both commercial and community events with different price structures, to ensure it would be accessible to many types of groups.

Any extra funds raised would go towards subsidising the cost of the truck at community events.

A number of festival organisers had already expressed interest, including the Waitati Music Festival and the Whare Flat Folk Festival.

‘‘They are all really keen for us to get this up and running.’’