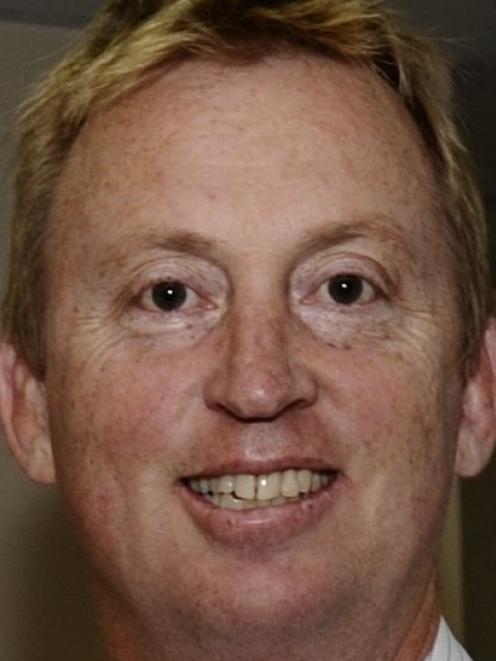 Peter McIntyre
The Dunedin City Council is being urged to take a common-sense approach as it starts this week on a consultation process for the city's energy plan.

Chamber of Commerce president Peter McIntyre was concerned that yet another round of consultation was to start, something that could drag on for several months.

The first meeting would be held on Wednesday and hosted by Dunedin Mayor Dave Cull.

''I just hope there is some common sense and it's not overrun with green ideologies that misrepresent the average ratepayer and the city to do business in.

He believed the majority of business leaders and business owners wanted to see civic leaders making decisions that would benefit the city and ''just get on with it''.

Within Dunedin's energy future, there was a significant place for the potential to replicate what was happening in Taranaki.

''We need business growth and jobs, otherwise ratepayers will have to face up to the fact that higher rates are on their way and the unfair rates burden on business will have to lessen,'' he said.

It was anticipated there would be other events over the next few months in advance of a draft energy plan going out to full public consultation later this year. Mr McIntyre suggested the council return to the city's economic development strategy, of which it was a signing partner, and look at the plan for jobs and economic growth.

''Unfortunately, if we get into an environment where no decisions are going to be made, we will be seen as a city that is not welcoming to business, and we can't afford to do that. We cannot let opportunities slip by.''

The council should also address the district plan to make it more encompassing for business by including a growth agenda within it, he said.

Many business people were still reeling from the rejection of the $100 million, five-star hotel project. A business-friendly district plan would show that Dunedin was open for business, Mr McIntyre said.

In an online statement, Mr Cull said the plan would be a 10-year road map to short-term and long-term energy goals.

''The DCC will be the guardian of the Dunedin energy plan, but it will be owned by its citizens.''

To turn the paper plan into reality would take action from different stakeholders and it was critical that community thinking was embedded in the energy plan.

''We need to ensure we're heading in the right direction, that different views are well-presented and that the plan is developed by the community for the community.''