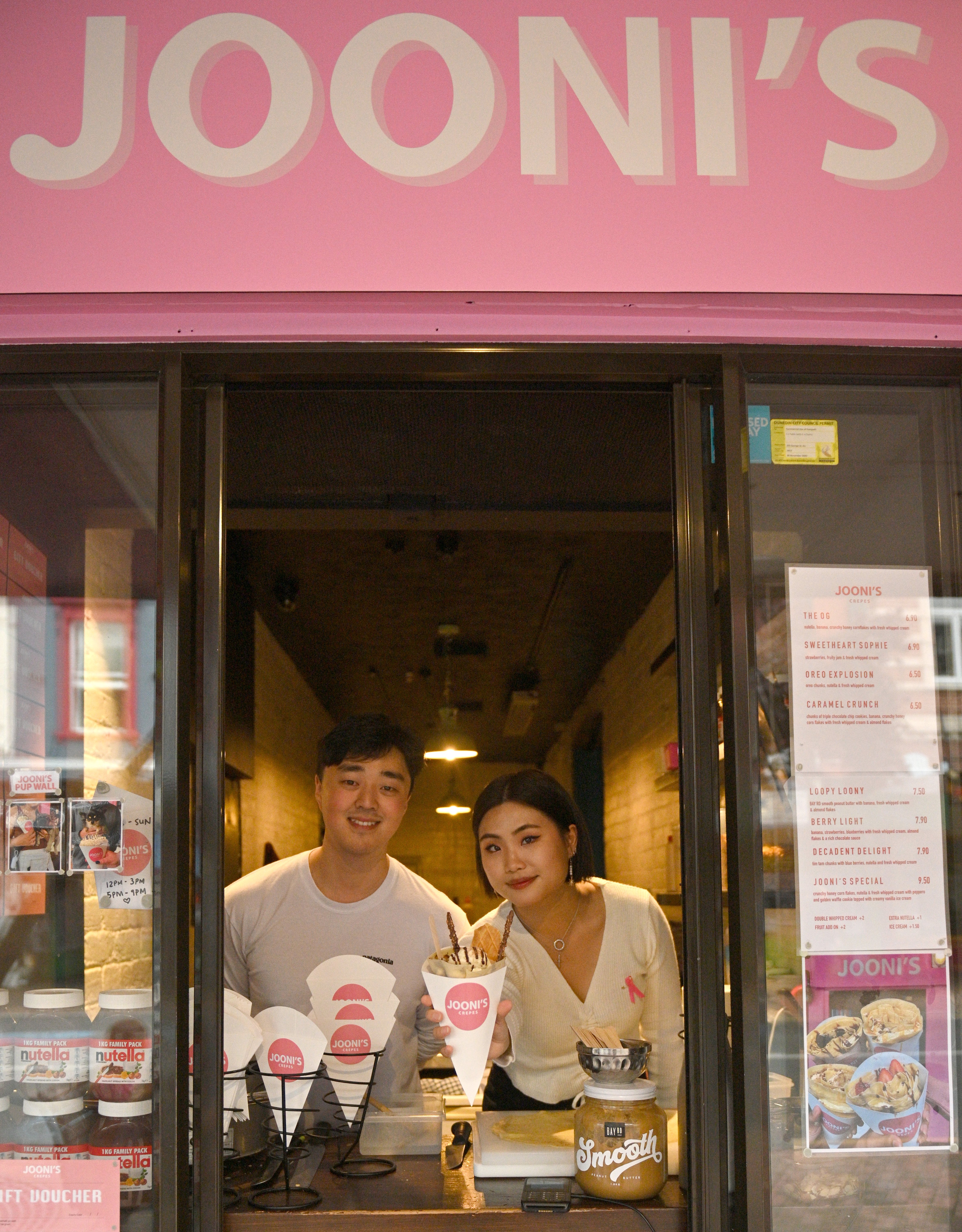 Joo Kim lost her job as a flight attendant at Air New Zealand and Nikko Kim’s mother — who had been managing their Kenko restaurant — was diagnosed with breast cancer.

That led to both of them having to return to Dunedin to decide what to do with Kenko after the Alert Level 4 lockdown was declared, shuttering the store.

But despite the blows, the couple have managed to keep Kenko open and bring a new crepe shop with a South Korean spin to Dunedin’s George St.

"Since probably 2017 I’ve always wanted to bring something sweet to Dunedin, especially on this side of George St because everything’s food here," Mr Kim said.

Jooni’s Crepes is a bright pink window shop selling dessert crepes which take their inspiration from South Korea — where both of the couple’s parents come from.

"Back in Korea you see a lot of these crepes where it’s rolled into a cone with whipped cream and different toppings."

Before Covid-19 arrived in New Zealand, Mr Kim had been pursuing his other career as a physiotherapist in Wellington and Auckland.

But just before lockdown his mother was diagnosed with cancer, which brought him back to Dunedin to manage the store.

"Lockdown happened at the same time, so we weren’t sure what was going to happen with Kenko. We just persevered and pulled through with the business and we’ve got a lot of support from everybody."

They opened Jooni’s at the start of October and in the four days a week they are open they make as many as 250 crepes a day between the two of them.

Ms Kim said they did not expect the crepe window to be so popular, thinking of it more as a side job to their other pursuits.

"It’s just been so busy, so we’ve been looking into hiring more staff so we can be open more in the future."