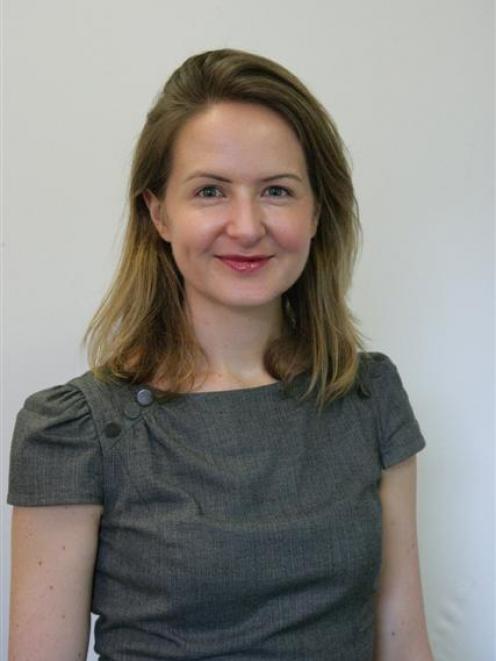 University of Otago graduate Rachel Carrell is now chief executive of UK online doctor service DrThom. Photo supplied.
Rachel Carrell jokes that the only theme in her life story has been that she quite likes "doing random things".

The former University of Otago student is now at the helm of DrThom, the UK's largest online doctor service, which is aiming for turnover of 10 million this year.

Living in London is a far cry from growing up in Invercargill, where she was dux of Southland Girls' High School. And while her job is far removed from her doctorate topic - Ecuadorian politics - she could not be happier.

"I think this is my dream job," the former Rhodes Scholar told the Otago Daily Times.

Ms Carrell studied politics and linguistics at the University of Otago, graduating at the end of 2001.

She was heavily involved in the Otago University Students Association, serving as vice-president, and the university's debating society.

She described her university years as a "hugely formative experience" and she kept in touch with "loads" of fellow students.

Just before graduating, she was awarded a Rhodes Scholarship to study at Oxford University.

She worked for management consultancy firm McKinsey and Co in Auckland for six months, before moving to the UK to take up the scholarship, an experience she described as "awesome".

Two years were spent doing her masters degree, then a year and a-half to convert it into a doctorate.

When it came to Ecuadorian politics, "I almost kind of stuck a pin in the map", she laughingly recalled.

Initially, she did not speak Spanish and had to take lessons.

Before going to interview the likes of former presidents of Ecuador, she wrote down her questions, but could not understand the answers.

She recorded them on tape and hoped that by the time it came to listen to the tapes, her Spanish would have improved, she said, laughing.

Ms Carrell returned to work for McKinsey and Co in London, working in banking, retail, oil and gas - "all sorts of different sectors"- and spending time working in South Africa, Russia and Siberia.

She also worked for the National Health Service, running strategy and innovation teams in London, before joining DrThom.

DrThom was founded by Dr Thom Van Every, a UK trained doctor specialising in sexual health.

In 2006, it became the first online organisation to register with the government regulator of healthcare, the Care Quality Commission.

Describing it as "a whole new dawn for healthcare", Ms Carrell said it made healthcare more efficient and accessible.

Prescriptions were provided in a safe way "as opposed to a dodgy way" and it was "absolutely reputable".

It saved people having to get a doctor's appointment to obtain prescriptions "for things that are really simple".

A lot of embarrassing conditions were treated.

Anecdotally, a lot of men did not go to the doctor for treatment but would use an online service.

DrThom doctors were able to give them health advice at the same time, she said.

There was also a "huge problem" with access to GPs in England, with people often waiting up to a week for an appointment.

The service was "definitely not for everyone or for every occasion" and about 10% of people accessing the service were turned down.

Since its launch in 2007, it had treated 300,000 patients and there were plans to expand to New Zealand and Australia.

There were five general practitioners employed and, another advantage was that they were all in the same room and were talking all the time, so there was always a second opinion.

Ms Carrell, who described her job as "super-exciting", said the length of her stay in the UK was the "classic story" that she would never be there that long.

The original intention was to stay for two years, then for a further two years.

"Now I don't know quite how long I'll be here."

Her parents now lived in Dunedin and it was to Dunedin that she headed when she returned to New Zealand, a country that she missed "hugely".

"I absolutely love to come home once a year. Otherwise I get so sad."