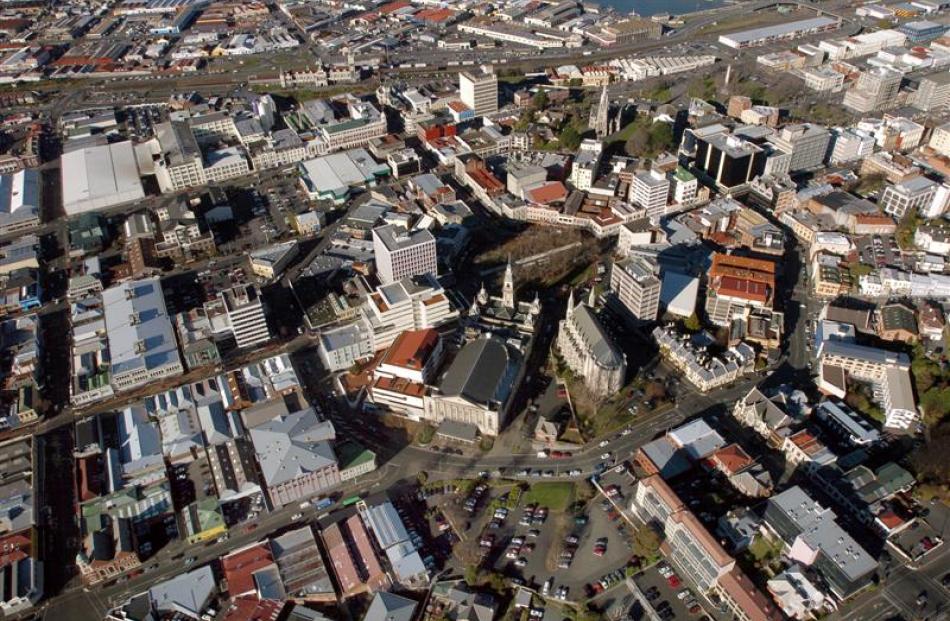 Photo: Stephen Jaquiery
Where have all the people gone? The answer to that question is what central city cafes and retailers in Dunedin want to know.

Shop and cafe owners say the streets are quieter than usual.

Most think it is because people are still working from home, but many staff from bigger organisations in the CBD have returned to working in the office.

Most of the staff at law firm Anderson Lloyd had returned to work in its Moray Pl offices.

Chief executive Richard Greenaway said it wanted to support local business and staff were keen to get back.

IRD, in Rattray St, said it had flexible working arrangements with its 130 Dunedin staff. It could not give specific numbers, as it changed from day to day.

ACC, in Maclaggan St, said it was encouraging staff who wanted to do so to return to the offices under Alert Level 2.

Doc said 10% of its 80 Dunedin staff had chosen to work from home.

One of Dunedin’s largest employers, University of Otago said many of its 4000 staff were continuing to work from home, particularly those who were vulnerable.

One thing likely to make a difference to central city cafes is that 200-plus city council staff are still logging on from home every day.

The council was encouraging staff to work from home if they could or if they were vulnerable for health reasons.

Colin Lim, owner of Octagon business I Love Merino, said there had been significantly less foot traffic around the Octagon, which he put down to workers, particularly council staff, still working from home.

Moray Gallery owner John Timmins said over the past couple of weeks it had been ‘‘very quiet’’ though it had started to pick up slightly in the last few days because of the school holidays, he believed.

Sarah Hussey, who owns three cafes around the city centre, said her staff were noticing significantly less foot traffic which was impacting businesses.

‘‘First we lose the tourists, which is a big part of our summer trade and we hoped we could survive on a loyal regulars, but someone who [normally] works in town but is working from home in Mosgiel is not going to come all the into the city for a coffee,’’ Mrs Hussey said

Business South chief executive Mike Collins said businesses needed to encourage staff to get vaccinated so normality could return as soon as possible.

It was also vital people supported local businesses, which were struggling at the moment, he said.

Do not under-estimate the impact of having to wear masks. Many, many people are avoiding situations where they have to wear one. Not because they are anti-mask or because they have a medical condition but simply because, for many, masks are either uncomfortable or induce anxiety. Because you are re-breathing air that is already at body temperature you lose the sensation of cool air entering the nose or mouth and the brain is tricked into thinking that the body is struggling to get air and the resulting anxiety and panic is very, very real. I have seen no commentary on this issue or any information about types of masks that minimise this. Yet every second person I speak to complains of it. So I suspect many people are keeping away from shops etc because of the requirement to be masked. Of course, it is an ill-wind that blows nobody any good, and online retailers and the courier industry are run off their feet.

I certainly agree masks are a factor. I have not been into any bar or cafe since we went to level two, or any shop I did not absolutely have to. The restrictions of level two and masks are a strong reason. I support them strongly but I don’t enjoy them or want to deal with them if it is not vital. Businesses will suffer if that is a common feeling.

Having to wear a mask puts me off going into businesses in town. I shop online instead or do without. I feel for the business owners but wearing a mask makes me feel anxious and uncomfortable. Also, part of the shopping experience of going to a cafe or your hairdresser or trying on clothes is interacting with people. The masks make it awkward and dehumanizing. Being served in restaurants by people wearing masks feels awful - I feel so sorry for the staff - in retail shops as well, having to wear them all day to keep their job. Others I’ve spoken to seem to feel the same way… it’s a really lonely time.

But the Government keeps saying everything is great. Hmmm...I wonder if somebody might be telling porkies?

The hard part of being in town today was that, although it was quiet, there was nowhere to park so ended up calling at out of town centre shops to get what I wanted. Just what the DCC ordered. Can't say I love masks but, hey, they are better than Covid!

Interesting that most of the employers mentioned involve jobs where little to no work is actually required ie: DCC, DOC, ACC, IRD, University, so allowing them work from home would have little effect on productivity and helps to disguise overstaffing.