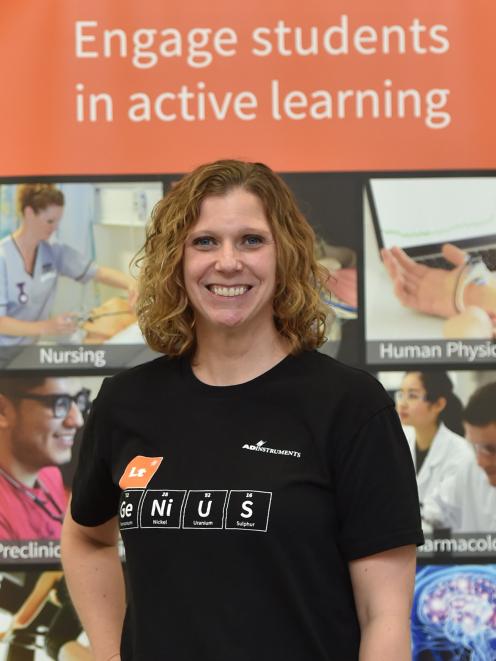 It was also a finalist in the authoring tools solution and science solution categories.

It was "super exciting" to be recognised on a globally, ADInstruments head of education products Amy Bucher said.

When the product was launched in 2015, it was found that tertiary institutions "really lagged behind" in adopting new technology while primary and secondary education had been much quicker, Mrs Bucher said.

Demand increased for Lt in early 2020 when tertiary institutions began to shift to learning from home as the Covid-19 pandemic took hold.

It "really pushed" educators to learn about and use technology that had been available for while, Mrs Bucher said.

Most of Lt’s customers were in Europe, the United Kingdom and North America, where students spent more time learning from home than in New Zealand, Mrs Bucher said.

As the world moved into a post-Covid environment, Mrs Bucher expected the hybrid learning model to continue to be popular.

"The technology has transformed the way they learn now and I wouldn’t expect that to change anytime soon."

Mrs Bucher believed the global education technology industry had "found its feet" due to the pandemic.

"It is a really hot sector to be in at the moment, there is a lot of competition ... which is great," she said.