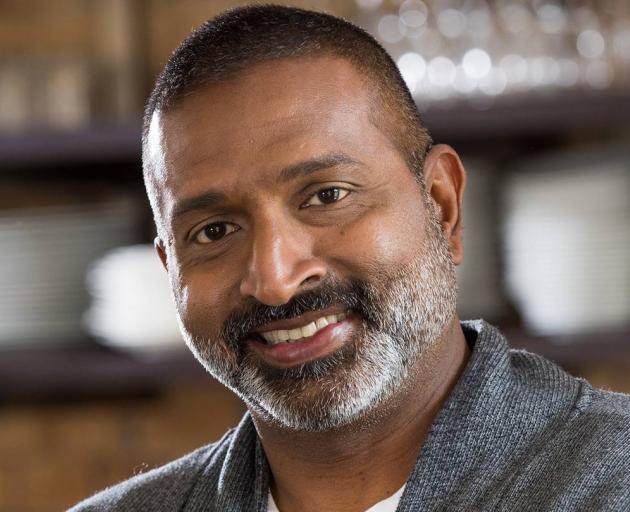 Ganesh Raj is closing The Tasting Shed, saying the Covid pandemic has left it "unsustainable". PHOTO: NZME
State broadcaster TVNZ and celebrity chef Ganesh Raj won’t answer questions over the appropriateness of him hosting Eat Well for Less - a show aimed at helping people save money - while his business owes more than $1 million to the tax department.

Raj and his wife Jo Ganesh made the tough call to place the Tasting Shed into liquidators’ hands on June 13, blaming the Covid-19 pandemic for the decision.

A report by liquidator Paul Vlasic at Rodgers Reidy shows Inland Revenue has a preferential creditor claim in for $591,759 for GST and PAYE tax.

The IRD was also listed as an unsecured creditor owed a further $633,340.

Vlasic said the unsecured creditor debt was separate and was likely to relate to penalties and interest.

Asked how the company was able to accumulate such a debt to the IRD, Vlasic said it was too early in his investigation to say.

The next update from the liquidator will be due around December 14.

The third season of Eat Well for Less screens from tonight  with Raj and Michael Van De Elzen as co-hosts.

The local series advises households about how to trim their grocery bills and prepare healthy meals with the hosts scrutinising supermarket trollies and takeaway bills.

But asked if it was a good look to have someone who has such a large tax liability fronting a show aimed at saving people money, TVNZ spokeswoman Ginny Green said Raj’s business was not a feature of the show.

“Questions about it are best directed to him rather than TVNZ,” Green said.

“We’re confident that as a host of the show, Ganesh Raj will help us deliver another fantastic season of Eat Well for Less New Zealand.”

Asked if Raj would front the show again after this season, Green said it would not be sharing plans for any of its new and returning series, including Eat Well for Less New Zealand, until late 2022.

A spokeswoman for Raj said he had nothing further to add to the statement that was issued after the liquidation appointment.

She added: “Now more than ever people need tips on how to shop, cook and eat well. Ganesh continues to be a champion for food education and use his skills to help everyday New Zealanders to cook on a budget.”

Raj and Jo Ganesh set up the Tasting Shed in 2010, converting a rundown cider shed in Waimauku.

It had been on the market for sale since November 2020 after another business part-owned by Ganesh Raj - the Maori Kitchen - went into liquidation.

Raj said in a statement last week they had made the difficult decision to wind up The Tasting Shed after it was no longer able to pay operating expenses, taxes and rent.

“It is with a heavy heart that we have made this decision after exhausting all the financial options available to us. We tried hard to ride out the effects of the pandemic but the impact on hospitality has been too hard for us.”

He said the cost of goods and services had gone up significantly and there were fewer people to fill staffing vacancies - an industry-wide issue.

“Like many others in this industry, the impacts of the last two years on our business have taken an immense toll on the mental health of myself and my family, a key factor in making this difficult decision.”