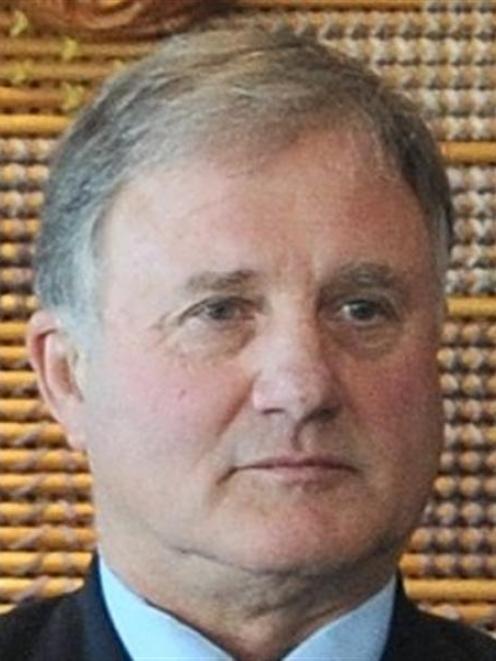 Gerry Eckhoff
Gerry Eckhoff has resigned from the newly formed Meat Industry Excellence Group, citing concerns about the direction the group was taking.

When contacted yesterday, Mr Eckhoff said he could not continue to be part of a group that ''completely ignored'' meeting procedure, nor could he work with people knowing the path they had chosen would ''ultimately fail'' to ensure crucial industry reform.

The former Roxburgh farmer, who chaired a meeting in Gore last month attended by nearly 1000 farmers who supported a mandate for change in the industry, said he ''regretted deeply'' what had happened.

When contacted, Allan Richardson, who has been spokesman for the group, said a press release would be issued by the group in the next couple of days.

Mr Eckhoff said he had watched, over the years, various groups and individuals attempt a measure of reform of the industry.

Most sought to engage with the processors at an early stage to build some sort of working relationship, but he believed it was ''so important'' to ascertain the farmer support base first before any engagement.

He also believed the the dynamics of the power and control within the wider industry needed to change in favour of the producer/supplier before any meaningful dialogue and change could occur.

Mr Eckhoff emphasised he was not trying to ''get at'' any individual, nor was it a personal attack but rather a question of style and approach. He hoped the group would be successful.

There were many enthusiastic people who sensed, for the first time in many years, a willingness ''right across the spectrum'' to change, and he hoped that change could progress.