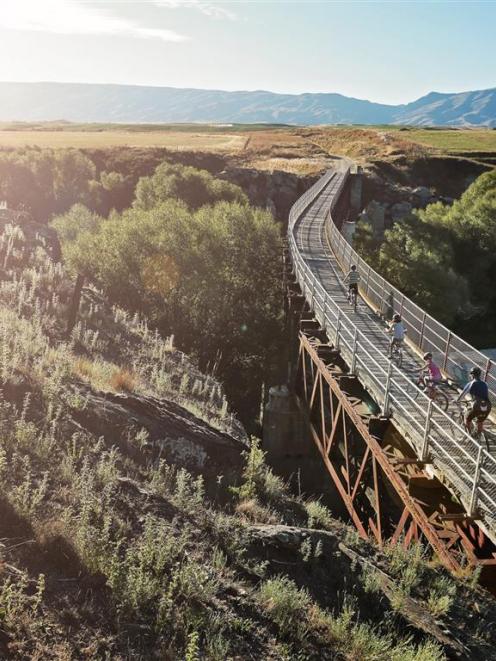 The Otago economy was right on the 0% mark for the quarter, Southland grew 0.5% and Canterbury inched up 0.2%.

"Pausing for breath after strength is not unusual.''

Quarterly activity was unchanged in the North Island and up only 0.1% in the South Island.

The largest percentage falls were on the West Coast and in Northland and Taranaki.

Reviewing the Otago economy, Ms Uerata said economic activity slowed to a standstill in the first quarter after two quarters of strong growth.

Buoyant growth at the end of 2015 kept the annual growth rate of 3.3% above the national average.

Tourism had been a strong performer. Otago recorded the highest guest nights and occupancy rates the region had seen.

Retail spending, car registrations and the ANZ "Truckometer'' all had respectable gains, she said.

"But trouble is brewing elsewhere as confidence in the local economy and firms' perceptions towards the outlook for their own business fell sharply.''

Consumers were showing nervousness as well and a fall in confidence had eaten away at the gains from the previous quarter.

Employment growth and the unemployment rate performed better than the national average in the March quarter, Ms Uerata said.

The business confidence composite for Otago tended to be more upbeat than nationwide confidence figures.

That would suggest more than just confidence was needed for Otago to pull away from the national activity growth rate.

"Eyes will be on tourism growth as arrivals into Queenstown are booming and expected to keep rising.''

April data suggested employment and house sales might also be part of the push.

Southland posted the best gain of the South Island regions but continued solid improvements would be needed to lift annual growth rates in the region.

Annual growth of 0.5% was the second lowest in the country.

If tourism had been good across the country, it had been great for Southland, she said.

Guest nights surged to the highest level on record and occupancy rates had lifted from 29% to 38% in the last three years.

Retail sales and car registrations did not keep pace. Retail spending fell 0.2% and was now down 3.6% on the year.

House and rural sales volumes pulled back in the first quarter and house prices did not move.

The number of consents issued for residential dwellings was down and although those for commercial buildings increased, consents sector-wide were well down on a year ago.

Southland's labour market had a 2% lift in employment.

The unemployment rate lifted slightly to 4.6% but was still the second lowest in the country behind Canterbury, Ms Uerata said.

"Over time, growth in Southland has broadly tracked that of the business confidence composite. The composite is holding on to recent gains in confidence but weak dairy prices are going to keep the strain on activity in the region.''

Canterbury's quarterly growth had waxed and waned for more than a year, she said.

Growth was above the nationwide average in March but it did not point to any obvious sector-driven activity or trend.

Annual average growth had been falling for the last two years and it looked set to continue.

However, activity levels in Canterbury were still high, having kicked up in 2012 and 2013 through a rebuild stimulus.

As the stimulus flattened and faded from its highs, the transition to other sector-led growth had yet to reveal itself.

Tourism was providing a powerful kick-start.

Guest nights and occupancy rates were back near record highs, Ms Uerata said.

The labour market was well catered for.

Employment grew faster than the national growth rate, despite Canterbury having the lowest unemployment rate in the country by quite a margin.

House sales were still increasing and prices were keeping pace with the national average.

Section sales dropped but rural sales were up 13.6% after low levels of spending last year.

"The business confidence composite recorded a slight U-turn towards the end of 2015 and remains positive, although still low. Whether that stabilisation in sentiment at a low level is enough to translate into more growth remains to be seen.''

It was good to see the slide in confidence arrested, she said.

• Regional economic activity was unchanged in March for the first time in five years.

• Business confidence waned in most regions.