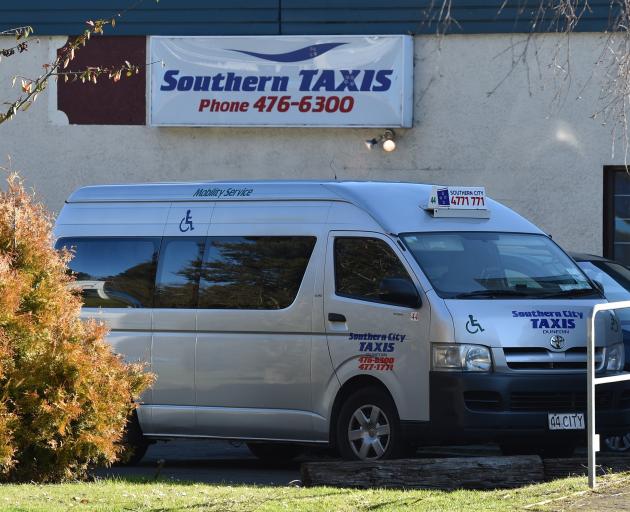 Southern Taxis operated under different ownership until it was liquidated in the High Court on a different matter in July last year. PHOTO: GREGOR RICHARDSON
The former owners of a Dunedin taxi company may have to pay staff underpaid by $80,000 out of their own pocket after the Court of Appeal ruled ignorance of the law is not a valid excuse.

Southern Taxis Ltd was ordered to pay $80,000 in July 2018 by the Employment Relations Authority (ERA) after it determined the taxi company’s drivers were employees.

The company had previously denied they were employees, arguing they were contractors.

The authority said Southern Taxis owed drivers for unpaid entitlements such as minimum wages, holidays and rest breaks, as well as unlawful deductions.

The company, which operated from 2002 to 2016, paid its drivers a flat rate of 40% commission from the earnings they received driving vehicles owned by the company.

Southern Taxis’ two directors and shareholders, Maureen and Ronald Grant, declared it had discharged its liabilities in full to all its known creditors.

The ERA, however, decided the directors were personally liable for the arrears since they were involved in the company breaching its obligations by being "wilfully blind" to the possibility that the drivers were employees.

On appeal by the directors, the Employment Court determined in May 2020 the directors were not personally liable.

The Ministry for Business, Innovation and Employment (MBIE) appealed that decision.

On December 20 last year, the Court of Appeal ruled it was not relevant the directors believed their drivers were contractors rather than employees.

The key was instead whether Mr and Mrs Grant knew the conditions the drivers worked under technically meant they were employees.

The case was referred back to the Employment Court, which is to determine whether Mr and Mrs Grant had knowledge of the essential facts that established the drivers were employees.

MBIE Labour Inspectorate southern regional manager Jeanie Borsboom said the judgement by the Court of Appeal meant individuals could not protect themselves from liability by claiming they did not know what they were doing breached employment law.

"There is an obligation on individuals to understand their obligations, obtain proper advice and not turn a blind eye to the possibility that their actions breach employment obligations."